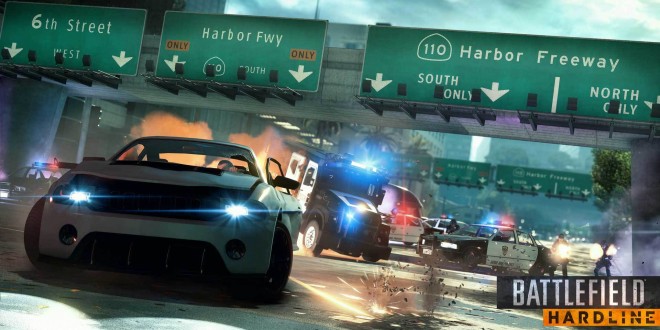 Battlefield Hardline May Get Premium Service

The Battlefield Hardline open beta is ongoing, however it has already yielded some new information about the final game. The latest entry in the Battlefield series may be getting a Premium service at some point. Battlefield Premium has acted as the season pass for every game in the series starting from Battlefield 3. It usually includes all of the expansion packs for the specific title, server queue priority, exclusive personalization items, as well as some additional in-game content. The service usually has a one-time cost of $49.99, however no pricing details have been announced at this time.

According to Video Gamer (via VG 24/7), the game’s customization menu (see above) points to a Premium service. There is a series of patches that will be available exclusively to Premium members. The description for the Shark Patch reads, “Premium subscribers will find these Patches in Silver and Gold Battlepacks.” The Battlepacks are in-game bags of loot that are earned by increasing one’s rank or proficiency with a specific weapon.

Battlefield Hardline is the latest entry in one of the premier first-person shooter franchises. This time the players won’t be fighting against Russian, Chinese or US troops. It is the first title in the series to feature the struggle between law enforcement and criminals. Hardline will take place in exciting urban environments that will allow players to test their skills and teamwork. The latest entry in the Battlefield series will not disappoint fans of the fast-paced action-oriented combat that was the main focus of past games in the series. However that wasn’t the only focus of the game’s developers. Battlefield Hardline will include a single-player campaign that is being developed by Visceral Games, the creators of the Dead Space series.

The current open beta is designed to test the game’s multiplayer component. However this open beta is also meant to prove to the community that the multiplayer component will not fall short of fans’ expectations. The previous entry in the series, Battlefield 4, was released on October 29, 2013. The game’s launch was plagued by a variety of series issues. They have been resolved for the most part, however the failed launch of Battlefield 4 may still be affecting the perception of the franchise in a negative way.

I'm a gamer and a massive fan of anime. I'm a massive simulator geek. Who isn't? Simulators offer me the opportunity to experience something I wouldn't otherwise. Have you ever driven a train? I haven't, and I probably never will. However Train Simulator 2015 gives me the opportunity to experience what it might be like. I'm also a big train and space exploration geek.
@ivanmashkov
Previous Apple Maps to get a Street View feature soon?
Next Fantasy Hero: Unsigned Legacy International Release Date Revealed