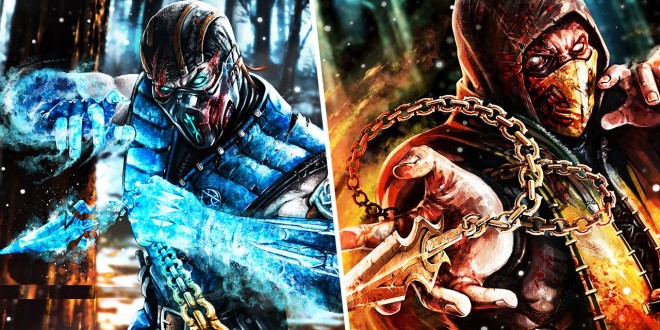 So, you might have seen this post, or some like it, detailing ‘leaked’ Mortal Kombat X achievements. They seemed realistic enough, concerning recently-revealed features such as the Tower challenges and the character variations.  Unfortunately for you guys, Ed Boon has already discredited these achievements, announcing on his twitter that these MKX ‘achievements’ are fake.

The achievements originated from a single source: a Gamefaqs forum post written by an anonymous tip that was completely unsourced. On it, he detailed the achievements, their score points, and others. Another user questioned his sources, and he said: “Yeah, they’re [fake]. I just made them up.” That didn’t stop these ‘leaked’ achievements from being believed, and brought to the attention of MK fansite Test Your Might, who, like many, took it with a grain of salt. Eventually the achievements found their way on lazygamer.com, through which it finally came to creator Ed Boon’s attention.

Fake. That is all. http://t.co/iS4GLfspht

Wow, he doesn’t mince words, does he? At the very least, he nipped it at the bud before it could go any further. Not that it will stop other ‘leaks’ from hitting the scene and causing more excitement, though. MKX still has several months to go before its April 2015 release date. In that time, we may see even more of these ‘leaks’ coming and going throughout the internet, on top of the leaks and rumors that have already been circulating since before MKX’s announcement.

Mortal Kombat X is set to release on PC, Playstation 4, and Xbox One in April 2015. For more information and leakbusting, you can either head on over to NetherRealm’s website here, or  follow NetherRealm and Ed Boon on twitter, which you can find here and here. Stay tuned for even more MKX information as it develops and comes available to us.

Previous SHAREfactory Update Detailed
Next Fallout 4? Elder Scrolls 6? Bethesda will have a Press Conference at E3 2015

Mortal Kombat X Will Have Over 100 Brutalities

NetherRealm Studios in their fourth Kombat Kast has confirmed that Brutality finishing moves are returning ...