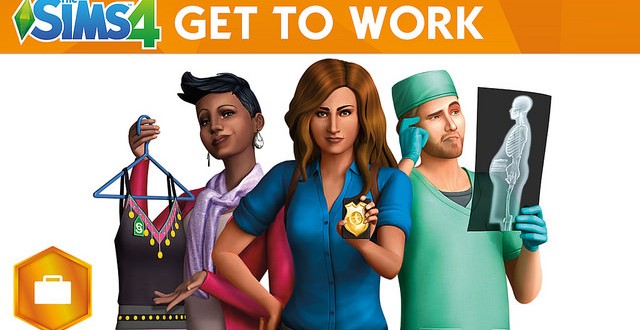 The Sims 4 Get to Work has been unveiled by EA

Buying a new episode of Maxis’s famous franchise as soon as it comes out is always a bit of a waste of money, as EA is well known for its DLC policy. The Sims 4 was no exception to the rule as, on release, the game lacked most of the features we had seen in the previous episodes, including the ability to create pools and to fully customize your Sims’ appearance.  Maxis and EA are finally starting to deliver on the long list of expansion packs fans have come to expect for each title. In an announcement on EA’s official website the company has confirmed their first expansion pack for the Sims 4, known as The Sims 4 Get to Work.

Focusing on allowing a wider range of careers and giving players more ways to earn money, The Sims 4 Get to Work will provide Sims with 3 new career possibilities, each one complete with the related venue. Sims will be able to become doctors, spending their days saving lifes, performing surgeries and helping others as well as, for the first time ever, deliver babies. Players will also be able to fight crime by becoming a policeman, all the way from Cadet to Chief of Police or to let their more creative side free as they experiment and invent in their very own Science Lab. All of these careers will include fully explorable venues, the hospital, the police station and the science lab, where Sims can find tools and items to help them improve their skill and achieve success.

More business-oriented sims will be able to start their own company, as The Sims 4 Get to Work allows players to open and manage a variety of retail shops. From bakeries to art galleries, bookstores and fashion boutiques, Sims will be able to find their true calling. All shops can be furnished and customized through the game’s build mode. Players can choose the style of their shop, which items to sell and even manage their employees or up-sell their customers in order to earn even more Simoleons. Aliens are among us now. As ETs have been introduced to the world of the Sims 4 Get to Work, Sims will be able to meet them, understand which one of their friends are actually little green men in disguise and explore the Alien Dimension, a mysterious new zone in the game. Although a precise date has not been announced yet, The Sims 4 Get to Work is scheduled to be released during April 2015 and EA promised more information will be given soon.

Alessandro is a languages and literature student and gaming enthusiast. Long hair and a bushy beard, he spends most of his time on romantic dates with fascinating old tomes. In his free time, he follows and comments the gaming community while playing games. You can follow him on twitter to see what he's up to.
Previous Halo 5 multiplayer will be different after beta
Next Tropico 5 will be released on PlayStation 4