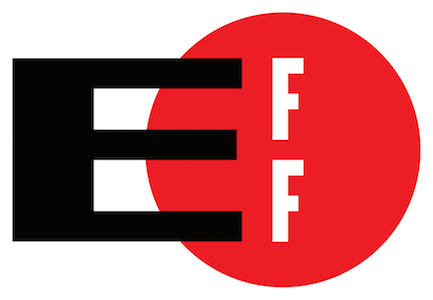 Courtesy of the EFF.

Abandoned Multiplayer Games May Be Revived Due To EFF DMCA Exemption

The Electronic Frontier Foundation (EFF) and Kendra Albert, a law school student, have requested a new exemption to the Digital Millenium Copyright Act (DMCA). It would allow fans of abandoned games to revive them without exposing themselves to legal risks. Section 1201 of the DMCA is an anti-circumvention provision that makes it illegal to remove Digital Rights Management (DRM) and “other technical protection measures.” Developers and publishers use these measures to protect their video games from being pirated. However this section of the act also prevents media historians and museums from bringing multiplayer titles back after a developer has shut down the game’s servers. It has a “chilling effect” on the fans and historians who want to preserve video games long after their heyday.

“Repositories and researchers [are forced] into the uncomfortable situation of considering unauthorized circumvention of copyright law in order to preserve or provide access to game and virtual world environments, data, and software.” – a quote by Henry Lowood, a digital archiving specialist. Courtesy of EFF.

The proposed exemption wouldn’t apply to all abandoned games. It would apply only to “games where single-player or multiplayer play is no longer possible.” Massively Multiplayer Online Games (MMO) with persistent would not be covered by this exemption. The request was filed with the Copyright Office on February 6th.

The EFF is “the leading nonprofit organization defending civil liberties in the digital world.” It has been a champion of privacy, the freedom of expression and innovation in the digital space since 1990. This nonprofit has been fighting the restrictions imposed under section 1201 of the DMCA since 2003. The foundation has been supporting the video game industry for years as part of its efforts. It opposed the passage of the Violence in Video Games Labelling Act and has defended video games’ right to free speech protection under the First Amendment of the US Constitution.

I'm a gamer and a massive fan of anime. I'm a massive simulator geek. Who isn't? Simulators offer me the opportunity to experience something I wouldn't otherwise. Have you ever driven a train? I haven't, and I probably never will. However Train Simulator 2015 gives me the opportunity to experience what it might be like. I'm also a big train and space exploration geek.
@ivanmashkov
Previous Roll7 Reveals OlliOlli 2 Trailer For PS4, PS Vita
Next Hyperloop is on track, but timeline has changed 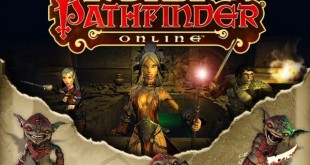 When Pathfinder online showed up on Kickstarter, I was more than a little bit excited. ...