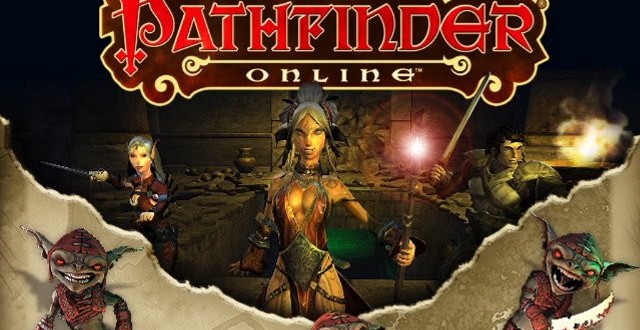 When Pathfinder online showed up on Kickstarter, I was more than a little bit excited. As a longtime fan of the mission statement that EVE online had, bringing a persistent world to an MMO and letting people do what they want, how they want, and bring real consequences onto the world. I haven’t gotten around to trying Pathfinder online yet, unfortunately, because the barrier to entry seemed just a little bit too high.

For people like me who have been sitting on the Pathfinder online fence for a while, there’s some good news. You can now head onto the Goblin Works (Pathfinder online devs) website and get your 15 day free trial, at the end of which you can pay the standard $15 subscription fee to keep on playing Pathfinder Online.

The idea of a game with such clear inspiration from EVE Online set in a fantasy setting sounds great, and Pathfinder Online seems like it’s delivering on that promise. With a class/experience system unlike anything we’ve seen before, and a dynamic economy that takes advantage of a wide variety of crafting options and marketplaces run by players, Pathfinder Online is going to be scratching the itch that many players have had for quite some time. Pathfinder Online also promises to be adding player-run settlements, entirely built from the ground up by players with player governments managing them.

I can’t speak to the quality of Pathfinder Online yet, but I do know that their sales pitch gets me excited every time that I hear it. It’s entirely possible that a project this ambitious ends up falling on its head entirely, but Pathfinder fans and fans of sandbox games in general should really be crossing their fingers that this game works out, and is successful. I have a feeling that all it’s going to take to get a new trend in the way of sandbox MMO’s is another one that gets it right, like EVE Online. If we could have a market saturated with anything, I would love it to be saturated with this fantastic genre, and all of the weird experiences that always come with it.

I'm a college student studying journalism, and when I'm not studying, I'm writing here at LTG. I love indies and AAA's alike - I'm just a lover of this medium in general.
@MiCottuli
Previous E3 – Xbox One Enhancements and A Newly Unveiled Interface
Next Facebook’s latest app banned from EU

Now, I’m intrigued by the idea of Das Tal but, I’m not normally one for ...