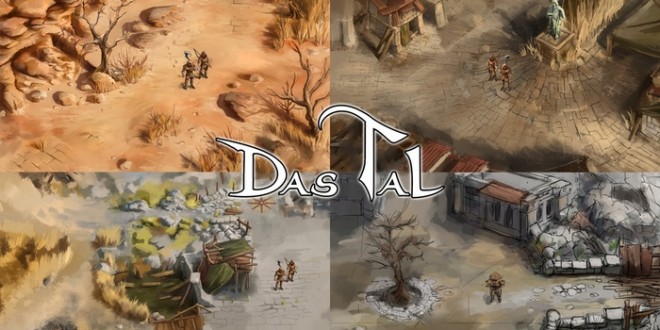 Now, I’m intrigued by the idea of Das Tal but, I’m not normally one for MMO’s. Their very nature demands a bit more time spent into them than the average game. Their quest systems typically send you off on menial tasks collecting varieties of common materials from a specified variety of creature that you may or may not also have to kill a quota of. Their progression systems typically come off grindy, especially if your attempting to progress a profession. A typical session has you killing X amount of Y for a few hours to progress Z levels in the attempt to get closer to the End-Game content – and maybe you’ll get a nice trinket for your effort that day. In a few cases you even have to pay monthly fees, to play a game that you already own – which I can understand. Despite all of this, I still play them occasionally. I may have my gripes but I still want to, and try to, like MMO’s. There is just something thrilling about getting a few friends together to run dungeons or form a small guild and you can’t find that anywhere else.

I have spent my fair share of time in WoW, Guild Wars, Guild Wars 2, Rift, Tera, Neverwinter, and I’m genuinely excited to try out Elder Scrolls Online when it comes out on Xbox One. I just always seem to run into similar issues. So, when I spotted Das Tal on Kickstarter I was genuinely intrigued. It’s an open world sandbox MMO with no subscription fees. And it seems to be trying to flip most of my qualms with MMO’s on their head. The worlds are time-boxed so each semi-randomly generated world will disappear after a specified period of time by a huge world event. The only example I found for these events, was a huge invasion of NPC soldiers and that sounds fun in itself. If you don’t have the time to commit to leveling up to the end game, the world resets anyway, then you’re placed in a brand new place to explore from scratch once more. Because of this, the progression system is shortened, it shouldn’t take as long to achieve end-game stats. You can instead play around with strategies each time Das Tal resets. Because of this PvE falls to the sideline.

Das Tal is designed with a heavy focus on PvP as the game is driven by player conflict. You won’t be given fetch quests, instead you need to gather what is needed to equip yourself and allies, putting you in conflict with others. Das Tal is intended to have its own player driven economy, diplomacy, and warfare. If you’re killed, you can loose your loot to others, but everything you own can be made by players. Those that group together can create settlements that can be governed and used to control your surrounding region, or sieged and taken from you. With only skill shots and friendly fire, the game sounds challenging enough to keep you on your toes, and rewarding to succeed.

Das Tal is still in Kickstarter and has yet to meet its backer goal, but if a heavy PvP focus in a player driven world interests you this may be something you’ll want to take a look at.

Hi I'm Daniel and I'm an aspiring writer, avid gamer, and wanna-be cook; I'm not quite certain in which order. I like all things RPG and if that means swords n' spells, all the better. But, provided it has a good story I'll probably want to try it regardless of what it is. I'm a Windows junkie, and I spend my time gaming on Xbox, PC, and my 2DS.
@@danielcooper179
Previous NHL 16 Features Detailed
Next Heroes of the Storm Goes Open Beta

Final Fantasy XIV has quickly grown into one of the most popular MMOs in the world. ...