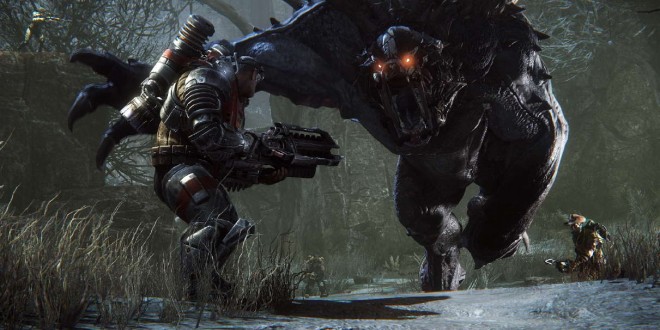 Are DLC-heavy games like Evolve hurting the gaming industry?

For years I’ve been trying to figure out where the term DLC popped up within the gaming industry. It’s certainly not a term I’ve grown up with gaming through the 90’s. Initially, I’ve heard people using the term, not even knowing what it represented. Then, learning that it stands for Downloadable Content, I’ve kept wondering “how is it different than an expansion pack then?”. And truly, to this day, it’s really hard to tell the difference in some cases. I’m used to calling expansions of an original game that require said game to be playable as an expansion pack. Younger gamers perhaps don’t even use the term nowadays, as DLC seems to hold that meaning now.

So is there if difference between the two? I’d like to think so, in more ways than one. First of all, the classic expansion pack was always shipped on a CD or DVD, with the box, manual and everything else you’d expect from it. I still have multiple CD boxes of old expansion packs in my game collection. Granted, we’ve migrated to an era of gaming when many people, if not most, mostly purchase digital versions of games. And that’s perfectly fine. But somewhere along the way, the expansion packs disappeared and the DLCs showed up. And over the years, DLCs have gotten smaller and less meaningful, adding less and less actual content, but retaining considerable costs.

Over the past few weeks, a lot of media attention went towards Evolve and it’s coming launch. Not all of that attention was positive, especially given the fact that Turtle Rock Studios officials, as well as high ranking members of publisher Take-Two Interactive have outright confirmed that there are going to be a plethora of DLCs for the 4vs1 multiplayer game. That in itself wouldn’t be a bad thing, however, Evolve’s DLCs amount to a staggering $136 if purchased individually, and that’s after you buy the fully priced game. So we’re looking at around $200 to get everything Evolve has or will have to offer – that’s quite a lot, to say the least. It’s half of what you’d pay for a spanking new Xbox One or PS4, or it’s roughly what it would cost you to buy a premium MMORPG with a year-long subscription.

But hey, if it costs $200, it will probably offer insane amounts of content? Well, not really. These DLCs are cosmetic in nature, ranging from character to weapon skins. Sure, Turtle Rock will be offering new maps and modes free of charge to owners of the game, but still, isn’t it a stretch to milk the cow to the bone? I get the appeal of customizing your online presence, I really do, and I totally support the business models that Valve or Riot Games are employing with selling skins and visual tweaks for games such as League of Legends or Dota 2. But those games are completely free, and therein lies the difference. Evolve isn’t. It’s a premium AAA title, that costs exactly what a high-budget game costs. And that’s nothing to sneeze at.

Many have argued that this is just business, that you’re not forced to buy these skins, or that you can still enjoy Evolve to the full without them. And while that’s all true, where are the days when we got these visual tweaks by actually playing the game that we’ve purchased? There was an incentive in doing achievements, unlocking new things and content, there was an incentive in playing the game and exploring. Now the entire thing seems to be focused on our wallets, and sadly, Take-Two Interactive isn’t the only publisher abusing our craving for being unique within an online environment. I simply can’t justify the costs of some measly tweaks which back in the day were offered freely by fans of certain games, which were made by the communities that were actually playing the game. Remember the plethora of Star Wars characters you could play as in Jedi Knight: Jedi Academy? Fans were given access to create minor mods to the game that players could utilize freely. It helped develop a community around a game, a cult so-to-speak, communities that last to this day.

And, going back on track, can we really justify spending huge amounts on these DLCs? Expansion packs were never free, but the amount of content they offered provided a much, much better bang for the buck. Diablo 2 wasn’t a jewel of gaming until Lord of Destruction came out in 2001, providing a whole new campaign, complete with a new story (fully voiced), a new soundtrack, tons of hours of gameplay, new character classes and multiple tweaks that turned a good game into a great game. The same can be said about Starcraft’s Brood War Expansion Pack, or the Throne of Bhaal expansion to Baldur’s Gate 2. The latter offered more gameplay than many of today’s newly released games, at a fraction of the cost. Yes, we’ve come a long way since then, and the gaming industry truly evolved into just that, an industry. But is it really right that games should have to pay for content that in all honesty should be included in the original version by default? I get the desire to make an extra buck, but I strongly feel this is pushing it way too far.

With more and more companies going for the DLC-intensive route, I’m genuinely concerned about the direction the industry is heading. Gamers will have to spend more and more to fully enjoy a game, and since the gamer demographic is generally young, we’re talking about limited budgets. Instead of spending money on playing a wide range of various games, we’re spending more on enjoying a single game to the full. Take Two’s attitude about this issue isn’t encouraging either. Strauss Zelnick, the CEO of Take-Two Interactive declared that “People can argue about the business model but I think we’re delivering a fantastic title that’s well worth what consumers will pay for it.” when the uproar about Evolve’s DLC model started to garner enough attention. Mister Zelnick, isn’t it your job to provide us with a fantastic title? Isn’t that what all publishers and developers should be striving for? Is developing a fantastic game a good enough justification for us to pay three times the price of a regular game, just so we can enjoy it to the full? While Evolve is a fun and good game, I can name dozens of games that were better in many ways throughout the history of gaming, without costing an arm and a leg.

Personally, I won’t be supporting this fairly obvious cash-grab. Yes, I’m calling it that, because that’s what it ultimately is. I advise gamers currently playing Evolve to do the same, even though I completely understand and relate to the appeal of having a cooler-looking gun or character. I want that too. But I feel that should be part of the game’s original price. And I also think the only way to send a message to those that need to hear it is by keeping our money in our pockets. As long as we keep buying, game developers and publishers will keep charging. I for one, am still hoping to see the return of the expansion pack, expansions that add story, game time and improve upon an original game or concept, and expansions that are worth buying.

Note: This editorial represents the personal views of the author and should be treated as such.

Old-school gamer with a cheeky tongue that gets me in trouble. When I'm not playing games, I'm writing about them, preferably in the vicinity of a fridge! Oh, and if you're a Justin Bieber fan, I'm afraid we can't be friends!
Previous Kalypso Releases Gone Green DLC For Tropico 5
Next OnePlus and Paranoid Android team up for Oxygen OS 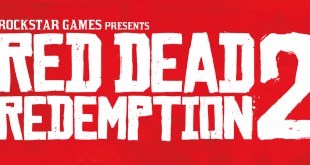 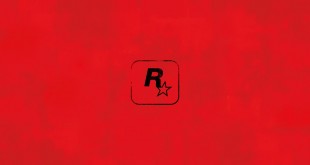