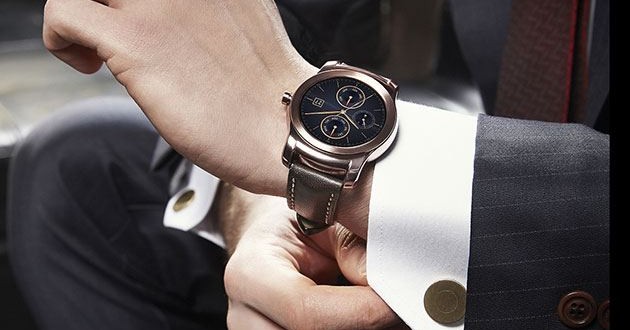 The LG Watch Urbane is serious competition for Apple

LG Watch Urbane coming to the MWC and it looks amazing

LG has issued a press release detailing the LG Watch Urbane, a wearable device that has taken us completely by surprise. We didn’t expect the company to come forward with a smart watch so soon after the LG G Watch R, but it seems they have planned a great surprise for wearable enthusiasts. LG is marketing the LG Watch Urbane as the first all-metal luxury Android Wear device, and it will definitely prove to be serious competition to the Apple Watch. The Apple Watch is launching in April, and the Cupertino-based company has made it clear that it will be marketed as both luxury jewelry and a smart watch. We’re wondering how much hype it will generate after people lay eyes on the LG Watch Urbane. Not much would be our guess.

LG has proper outdone themselves with the LG Watch Urbane, especially when you look at the design of the watch. It looks like an actual luxury smart watch and you could mistake it for a Cartier timepiece if you don’t know better. Still, the design includes stainless steel, polished silver and polished gold, which make the LG Watch Urban as unisex as possible. At the same time, the company used flexible P-OLED screen technology to make the watch, which is a first in the industry.

My life-long dream has been to test out every gadget on the market! Considering the fact that I've rapidly destroyed almost every gadget I've had so far, I'm not inclined to owning something, so my ideal outcome would be to have a different gadget each month. I'm really into smartphones, wearables and tablets and I love Playstation and Xbox, I'm sure I'll beat you at your own game (after a month of training... or two)
Previous HTC lists the HTC One M9 while Upleaks confirms the specs
Next LG G4 release date postponed to April