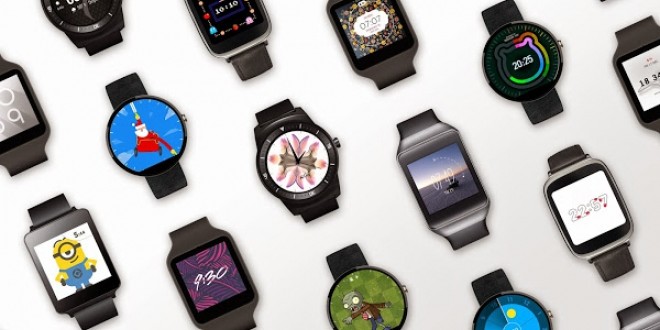 Google has started sending out the brand new Android Wear 5.0.2 update to smart watches running their software today. If you’re a proud owner of a Motorola Moto 360, Samsung Gear Live or the LG G Watch R, you should hurry up and check for updates, as you should be seeing a notification pop up telling you about the OTA.

Don’t get too excited, though, because Android Wear 5.0.2 doesn’t bring that much novelty to the table. According to the changelog for the Moto 360, the update merely updates Google Play Services and fixes some bugs. The changelog says that the update will bring forth “a variety of system optimizations and security updates to improve performance and stability.” We don’t know if battery life will be impacted by these optimizations, but we’re keeping our fingers crossed.

If you’re the owner of one of the wearables that is getting updated with Android Wear 5.0.2 today, let us know if you notice any significant improvements in software in the next couple of days after installing. Motorola makes it clear on their website that the rollout is done in stages, so not all Moto 360 users will get the update at the same time. Seeing as there aren’t millions of units out there, the rollout shouldn’t take longer than a couple of days, which is valid for the LG G Watch R and Samsung Gear Live, too.

Since Android Wear 5.0.2 is just like any other software update, you need to take just a few precautionary steps before letting the update go through. First off, your watch needs to be connected to a smartphone (duh) so that it can actually download the OTA. OEMs usually recommend 80 % battery life on the timepiece before starting the installation, but we recommend a full battery for added security. The Android Wear 5.0.2 update bears build number LWX49L, so be on the look-out and let us know what you think!

My life-long dream has been to test out every gadget on the market! Considering the fact that I've rapidly destroyed almost every gadget I've had so far, I'm not inclined to owning something, so my ideal outcome would be to have a different gadget each month. I'm really into smartphones, wearables and tablets and I love Playstation and Xbox, I'm sure I'll beat you at your own game (after a month of training... or two)
Previous Moto Maxx availability expands to India, more to come
Next Project CARS release is delayed again as Slightly Mad irons last problems out

Amazon has massively slashed the Moto 360 price in its online store today, on the ...