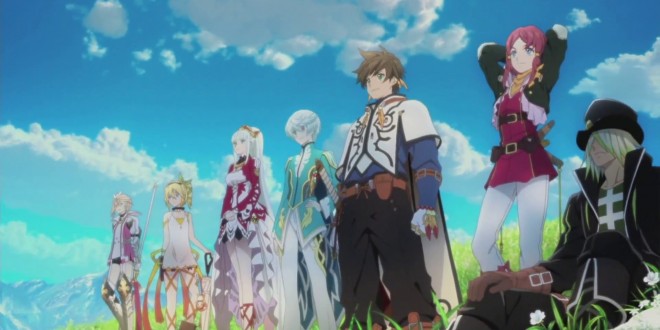 Is Bandai Namco Releasing Tales of Zestiria Through Steam?

Pointed out by an observant NeoGAF user, the latest installment in Bandai Namco’s long-running series of JRPGs Tales of Zestiria briefly appeared in the Steam database. The listing was then quickly changed to simply “TOZ,” but the original listing was caught by Google Cache. It seems that Bandai Namco will be bringing their fifteenth installment of the Tales series to PC in the West through Steam when it releases later this year.

This could, in fact, be a new strategy by Bandai Namco. The company announced last year that the PlayStation exclusive One Piece: Pirate Warriors 3 would be available on PC in western territories. In the relatively niche market of JRPGs, a PC port could increase interest and accessibility of the respected series. It particularly makes sense when considering that Tales of Zestiria will only be released on PlayStation 3 rather than on next-gen. By this summer, while the last generation will still be relatively relevant, more people will have begun to upgrade to PlayStation 4, leaving Tales of Zestiria floating in limbo on the outdated system. Steam would allow potential players to access the game without having to hold on to their old PlayStation.

Tales of Zestiria was released in Japan last month with successful sales and is due out in the west for PlayStation 3 only on a still to be disclosed date this summer. The player assumes the role of Sorey, a man gifted with powers by a mysterious race of spirits called the Seraphim. Sorey must journey to free the land from creatures known as Hellion who are spawned from negative emotions. There has recently been some controversy over the character of Alisha, who leaves the party early and never returns. The character has since been given an after-story DLC that has been available for free in Japan for a few weeks in order to celebrate the game’s 20th anniversary.

Emma is an aspiring something-or-other with a love for video games fostered since childhood. She is more prone to rage-quits than she would like to admit. In her spare time, she runs her own blog and writes creatively.
@back_Paq_ing
Previous D&D’s Neverwinter: Elemental Evil Module Slated for March
Next Samsung Galaxy E5 and Galaxy E7 pricing cut by company