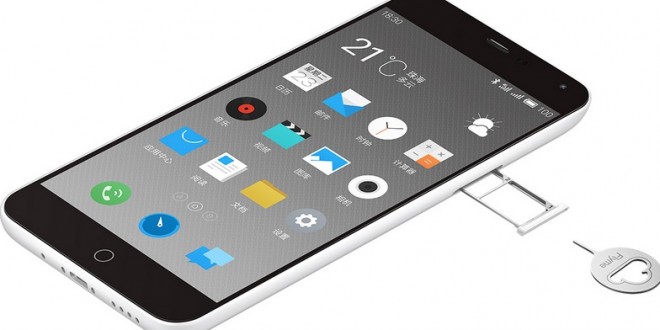 We’ve been very impressed with the Meizu MX4 and MX4 Pro, but the company seems to have even more impressive things up its sleeve, namely the Meizu MX5. Rumors about the new flagship have started surfacing online today, telling a tale about the best smartphone we’ve ever thought of, mostly because of its camera. There are many high-spec Chinese smartphones out there and there are many Chinese companies, including Meizu, Lenovo, Xiaomi, Huawei and more who managed to gain the attention of international customers this year, prompting people to think twice before buying an overly expensive but popular smartphone.

The Meizu MX5 is still just in its rumor stage, as the company hasn’t disclosed anything official about what it’s going to do with their next handset or even that it’s going to be called the MX5. That’s rather understandable, as the Meizu MX4 was launched in September and we don’t think this company will adopt Sony’s policy about releasing a flagship every 6 months. Nonetheless, the Meizu MX5 is already shaping up to be quite nice as a few renders have already made it online.

According to MyDrivers, the Meizu MX5 will not only be a powerhouse, but a phone with one of the best cameras out there. These rumors include a whopping 41 MP camera on the rear, made by Nokia, which is odd. That would be outrageous and we’re wondering how the company might incorporate that without compromising the design of the phone. Other leaked specs include a 5.5 inch display which will most likely be around QHD resolution. Besides these more controversial aspects, the Meizu MX5 might come with a new biometric fingerprint sensor on the rear, which sounds interesting.

With that massive camera and big screen, we suppose the Meizu MX5 will boast with a massive battery that will measure at least 4000 mAh. Recently, we’ve seen major hype around phones from Ulefone which were released with enormous 5000 mAh batteries, so it’s not unlikely for Meizu to do the same with its next flagship. Remember to always take rumors with a grain of salt until we have confirmation from the smartphone manufacturer about the Meizu MX5. Still, until then, we’re going to dream a bit about that alleged 41 MP camera on the rear. Wow.

My life-long dream has been to test out every gadget on the market! Considering the fact that I've rapidly destroyed almost every gadget I've had so far, I'm not inclined to owning something, so my ideal outcome would be to have a different gadget each month. I'm really into smartphones, wearables and tablets and I love Playstation and Xbox, I'm sure I'll beat you at your own game (after a month of training... or two)
Previous New Hellblade Developer Diary Discusses the Music
Next Mayan Death Robots Playable at PAX East