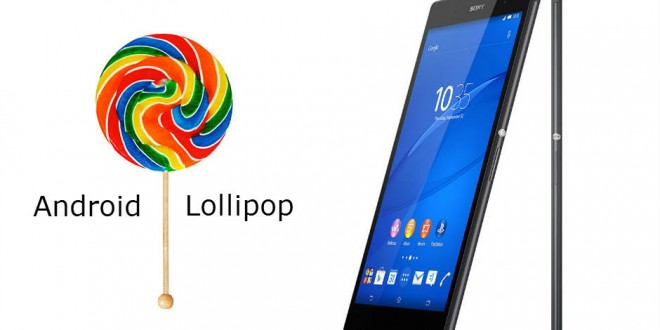 Android 5.0 Lollipop is ready from Sony

Sony has finally verified the Android 5.0 Lollipop build from Google and sources tell us the update is ready to be sent out to the entire Xperia Z series of smartphones and tablets. Sony went ahead and confirmed on Twitter that the update is finally verified and that users of the Xperia Z, Xperia Z1, Xperia Z2 and Xperia Z3 line-ups, including tablet owners, should hang tight because the rollout is beginning today.

Rumors are that Sony had a lot of troubles with Android 5.0 Lollipop and its devices, as developers found tons of bugs Nexus and Motorola users haven’t even thought about. The overall Android 5.0 Lollipop software update is buggy on various smartphones, and many OEMs, including Samsung, Motorola, HTC and LG have sent out updates that caused users a lot of trouble with various bugs. Sony seems to be hit hard by these compatibility issues, which is why the company has taken so long to verify and confirm that Android 5.0 Lollipop is fit for the Xperia line-up.

According to the company, the entire Xperia Z line-up should see Android 5.0 Lollipop by the end of the month, but that doesn’t mean that every single smartphone and tablet will be updated. That just means that the rollout will be initiated across the world, and people in various regions will be hit one by one with the new OTA. Although it’s already pretty late to update to Android 5.0 Lollipop, as other OEMs are already working on Android 5.1, it’s still a welcomed announcement by users.

With the imminent launch of the Xperia Z4 and a new UI from the company, people are getting impatient with Sony. Kazuo Hirai himself said that the smartphone division of Sony is not doing so well and thought about selling it or at least merging with another company to give the branch a boost. Whether that will happen after the Xperia Z4 is released is up to Sony to decide. We hope the new flagship and the Android 5.0 Lollipop update will create at least a friendly environment for the company and a boost to its revenue.

My life-long dream has been to test out every gadget on the market! Considering the fact that I've rapidly destroyed almost every gadget I've had so far, I'm not inclined to owning something, so my ideal outcome would be to have a different gadget each month. I'm really into smartphones, wearables and tablets and I love Playstation and Xbox, I'm sure I'll beat you at your own game (after a month of training... or two)
Previous Android 5.0.2 out for Galaxy Tab S 10.5
Next Nexus 10 getting Android 5.1 over the air now