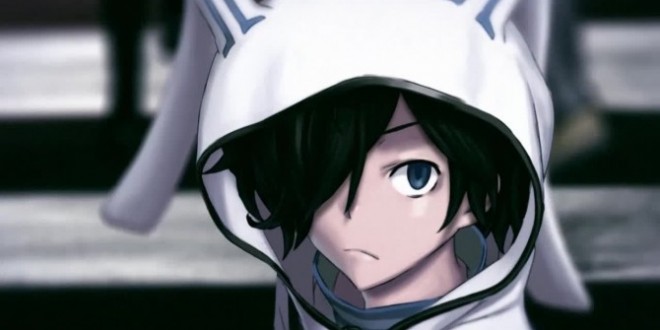 Atlus has revealed a new trailer for their upcoming game Devil Survivor 2: Record Breaker.  The 3DS game is a remake of the original Devil Survivor 2 which was released on the Nintendo DS in 2011. The upgrade will enhance visuals and popular mechanics from the original game such as the “Fate System” which was detailed in this latest trailer. The Fate System is pretty much the same thing as the Social Link system from the main Persona games from Atlus. By deepening bonds and building relationships with fellow characters, not only will the story be affected but allies will gain elemental bonuses in battle.

There’s also a mechanic called “joint skill cracking” which is linked to the Fate System, becoming available when an ally’s fate level is high enough. The player should find a demon with a desirable skill and then kill them in battle. A joint skill crack will double the chances of receiving this skill. The more skills, the more advantages the player has in battles. Fate levels can also apparently sometimes unlock new demons to fight such as Jeanne D’Arc.

Devil Survivor 2: Record Breaker is not a direct sequel to the original Devil Survivor and so can be played without having played the previous installment of the Shin Megami Tensei spin-off franchise. The tactical role-playing game follows several Japanese high school students who, through a mysterious website, unintentionally enter a pact that allows them to summon demons. The ability comes just in time to be able to fight off hordes of strange creatures that have invaded and are destroying their countries. The player assumes the role of the Protagonist and the plot unfolds differently depending on player actions. Devil Survivor 2: Record Breaker is being released in North America for the 3DS on May 5.

Check out both the trailer and some new screenshots featuring Fate System dialogue choices below. 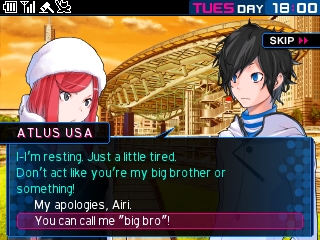 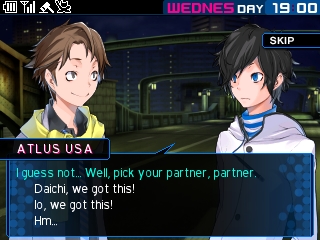 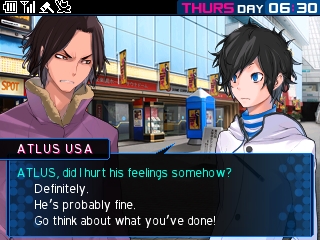 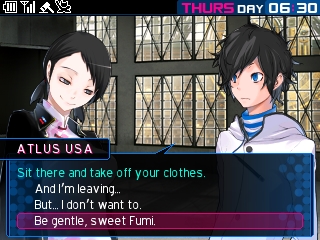 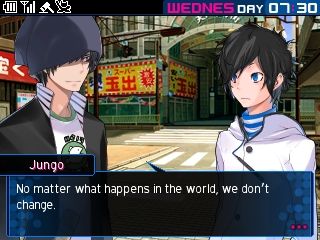 Emma is an aspiring something-or-other with a love for video games fostered since childhood. She is more prone to rage-quits than she would like to admit. In her spare time, she runs her own blog and writes creatively.
@back_Paq_ing
Previous Xiaomi holding special event filled with surprises on the 31st
Next Steam Greenlight Spotlight: Street Fist 2