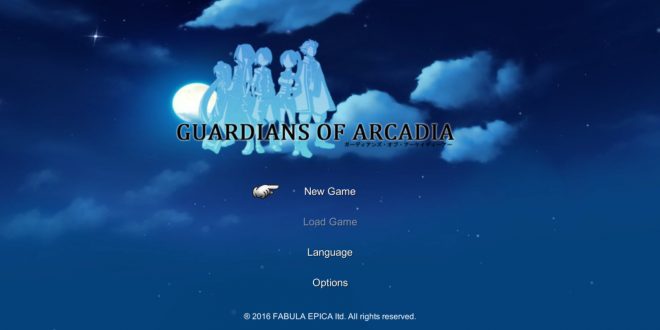 JRPGs continue to be a popular genre worldwide. Despite their distinctly Japanese development, games like the beloved series Final Fantasy, Phantasy Star, and Shin Megami Tensei have a wide audience worldwide. Recent JRPGs, perhaps due to evolving audience desires, have often strayed away from the classic turn-based goodness that make retro titles so iconic. The difference between Final Fantasy’s origins and its latest installment in Final Fantasy XV is staggering, and opinions are divided on whether that change in direction is good or bad. For gamers who enjoy the more classic style, there’s a new title to keep an eye on.

Fans of the classic turn-based RPGs of the 90’s will be happy to hear of the title in development from studio FABULA EPICA. FABULA EPICA “…embarked on their own quest to rediscover the genre of JRPG’s. During their soul-searching mission, they unearthed past consumer surveys, conducted new research, re-read every game review, listened to lots of passionate pleas and opinions from gamers and re-played through every well known products. From this introspection and open-minded search for a fresh perspective, Guardians of Arcadia was born.”

Guardians of Arcadia will be a nostalgic trip back to the 90’s for longtime fans of the genre. The game will incorporate popular elements such as character design, random encounters, a menu-oriented combat system, and a fully explorable world. The Steam Page for Guardians of Arcadia gives some detail on what to expect from the plot:

“General Nero of Baikal has begun using highly advanced weapons to terrorize neighboring kingdoms. With their homeland destroyed, Hikaru, his sister Aki, and a group of unlikely characters embark to a journey to end the evil general’s desire to dominate the world. Soon after, they discover the general threats merely cover a far more sinister plot.
It is no longer about facing destiny. Create a new future and change the world! ”

Guardians of Arcadia is slated for a 2017 release and will launch with translations in Japanese, English, and Portuguese. FABULA EPICA hopes to reach a large range of players with the title, and as such the hardware requirements are pretty low. For that classic JRPG feel, take advantage of the title’s native game pad support. For a sneak peak of what’s to come, take a look at the trailer below.

My name's Zach and I'm a college student supporting myself with freelance writing as I finish my degree. I largely focus on technology news and reviews for LoadTheGame, though I do report on games from time to time.
@zr566762
Previous Mass Effect Andromeda Lacks Season Pass
Next CyberpowerPC Releases VR Ready Desktop for $499