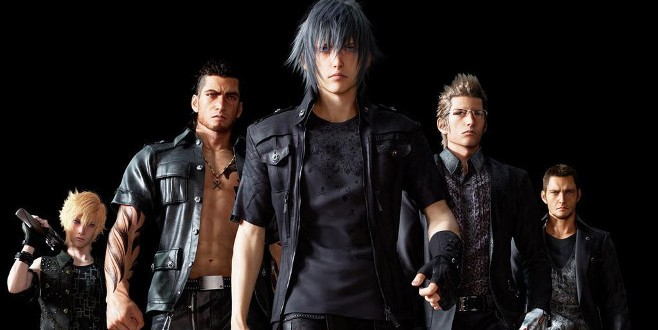 The Final Fantasy XV Boys’ Club: Is It a Problem?

Right in the middle of this mess plops Final Fantasy XV, a game that has been anticipated by fans of the series for like a decade now, a game which looks gorgeous, interesting, and super fun, but also a game without a single permanent/long-term female party member. It hasn’t yet suffered any violent mob lashback for this (and, by this point in its development, it most likely won’t), but there’s been some disappointed and angry grumblings about it for a while now. The whole situation does raise a worthy question. Yes, good female characters should be encouraged, more games with female leads should be made, et cetera. But, in turn, should male-heavy games like Final Fantasy XV be discouraged? Is a female playable character now a requirement?

I think that the type of game in question should be considered first. In Fire Emblem: Awakening, I really appreciated that I could create a female Robin. When you create your viewpoint character, choose its look, name it, make choices with it, it becomes an actual extension of yourself within the game. Therefore, in such cases, I like being able to pick my own gender. It’s the same sort of thing with Mass Effect. One of these days I would love to see an installment in the Persona series with the option of a female Protagonist.

The Final Fantasy series are not those types of games. The player is put in a relatively straightforward storyline with already created characters- it just happens that the player is controlling one of them. In no way are you given the option to craft this character’s personality or choose how the story proceeds. UsuVideo games like Final Fantasy are instead like a much more involved way of reading a book or watching a movie. I don’t feel the need to insert myself into the character the same way I do in Fire Emblem: Awakening. If an all-male party is what’s needed for the story, okay. I’m cool with that. 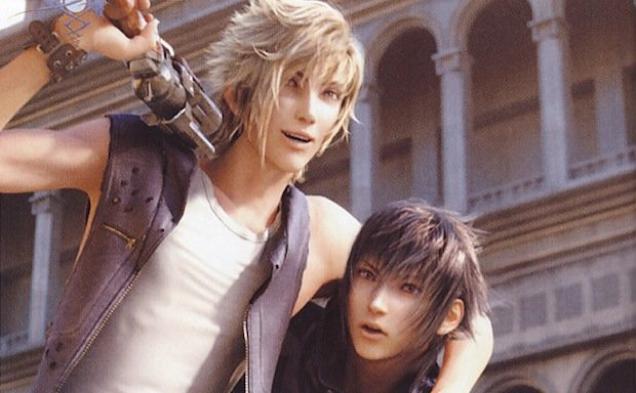 Director Hajime Tabata addressed the all-male cast in an interview with Gamespot a few days ago:

Speaking honestly, an all-male party feels almost more approachable for players. Even the presence of one female in the group will change their behaviour, so that they’ll act differently. So to give the most natural feeling, to make them feel sincere and honest, having them all the same gender made sense in that way…The world might be ready to see the curtain lifted on what boys do when girls aren’t around, when they come out of the tent all prim and proper. That’s kind of the idea behind it… we think, male or female player, that everyone will feel a certain connection and bond with the four characters.

Maybe he could have phrased that more elegantly, but it’s basically true. From the demo and the trailers, it’s clear that Final Fantasy XV does not shy away from male friendship and intimacy. And it’s also true that a single girl in the midsts of a group of guys can change the dynamic in the same way a single guy in the midsts of a group of girls would change the dynamic. Generally, it’s easier to be open and honest with members of the same sex. I’d rather have Tabata do what he feels like needs to be done instead of insisting he throw in some paper-thin female character just to appease the complainers.

Additionally, Final Fantasy is not a frequent offender in terms of lacking strong female characters. They had a game with only female playable characters before it was cool- Final Fantasy X-2 in 2003. Other games have been pretty balanced in terms of gender. In terms of main characters, yeah, it’s skewed pretty male, but they made three Final Fantasy XIII games all following the adventures of Lightning. Even if they definitely weren’t the best in the franchise, they also certainly weren’t the worst. It’s not even like there are zero female characters in FFXV- they just aren’t playable. That doesn’t mean they won’t be believable and awesome all by themselves. 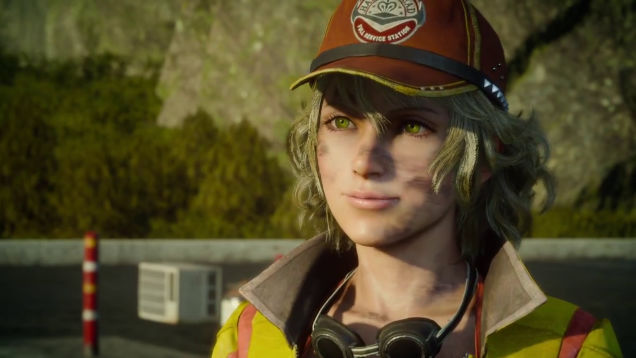 Tabata has recently amended his statements slightly, claiming that there might be a female character in the party as a guest for a temporary amount of time. Whether this is something they had been planning all along or if it’s being added due to any comments from the Episode Duscae player survey and other fan pressures is unclear. I guess I’d say as long as it fits in with the story, I’m totally on board with that decision. I’d never say no to a female party member; I just don’t always need them.

So I guess my concluding thoughts would be something like this: yeah, I want/need/crave more games with great female characters. More video game stories should be written that have them. Following that, games with a player-insert should try to offer both genders whenever possible. But all these wants and needs don’t mean that there should be no more male characters. All I really want are video games that give me an incredible story and delicately-handled characters. Besides, can you entirely blame a game a decade in the making for being a little behind the times?

Emma is an aspiring something-or-other with a love for video games fostered since childhood. She is more prone to rage-quits than she would like to admit. In her spare time, she runs her own blog and writes creatively.
@back_Paq_ing
Previous HTC shows off new One M8s mid-range, 64 bit smartphone
Next Steam Greenlight Spotlight: Izle