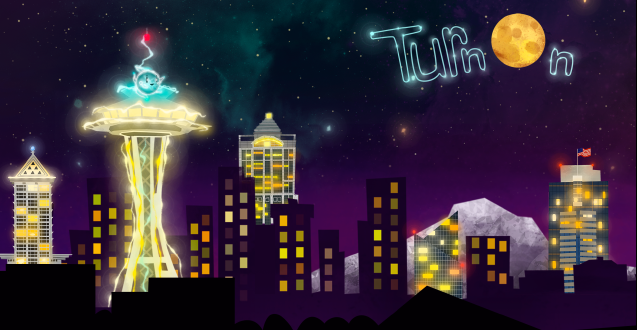 Today’s Greenlight uploads were admittedly a little dry. Unfortunately, I just couldn’t find anything that really stood out to me today. However, this was actually a fantastic thing, as it allowed me to recall the fact that I was meaning to do a write up about TurnOn, which is a game that is currently available on Windows Phone and is being ported to PC. TurnOn is a charming platforming game that tells the story of a world where all electricity has suddenly disappeared. You play as Turnon, an alien electrical spark who has come to the planet to help restore electricity to its inhabitants. I found this concept to be very refreshing and a much-needed change in the platforming genre. While platforming games are typically fun, we all know that they can tend to get a bit repetitive, especially if we play a lot of them. However, with the goal of moving through electrical wires to help restore electricity, I feel that the gameplay will take an interesting turn and provide a very unique experience. 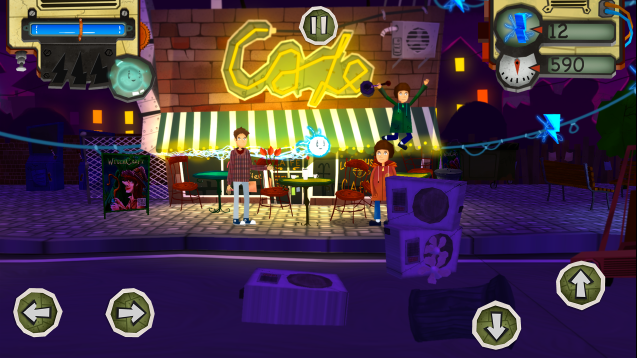 TurnOn’s trailer showcased what I found to be quite an interesting mechanic of being able to not only move through power lines, but also use other objects such as lamps, speakers, and other electrical objects to assist TurnOn in moving through the world. I will say that it can be a bit confusing to understand whether I’m referring to the character or the game, as they both have the same name, so I apologize in advance for that. Unfortunately, the trailer didn’t really do a fantastic job of showcasing much gameplay, as most of it was taken up by story explanation. This left me feeling a bit unsure about how long that the novelty of TurnOn would last, but I’m willing to give it the benefit of the doubt and give it a try. 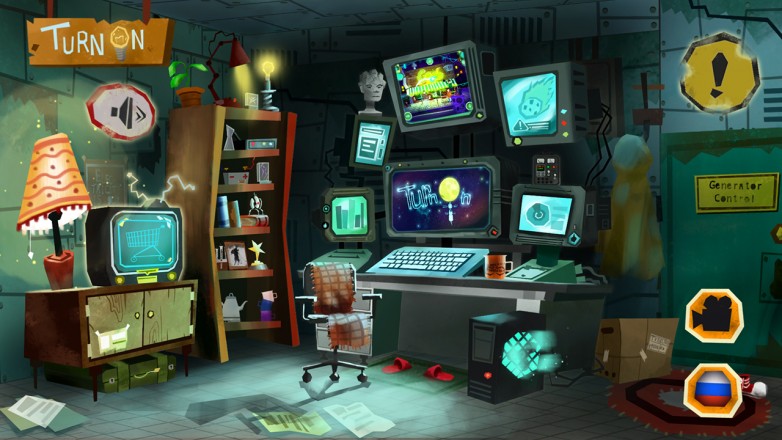 Other than some unique gameplay ideas, TurnOn also features a cute and charming art style that really gives a nice theme to the game. Although the main character is really just a blob of sorts, he manages to possess a certain amount of personality just through the small details that they included in the design of the character. I haven’t had a chance to try TurnOn out on the Windows Phone, as I don’t have one (and actually I don’t really know anyone who does), but I’m definitely looking forward to seeing some more of the game’s progress on PC. I’m hoping that they are planning to expand a bit upon the original mobile formula in terms of levels available, mainly because I’ve always felt that mobile ports really lack the amount of content that PC players are used to getting from their games. TurnOn is currently planned to feature 5 episodes that take place in unique locations of the city, as well as two gameplay modes: a musically-driven runner mode and an atmospheric exploration mode. Here’s to hoping that the atmospheric exploration mode allows ample time to explore the environments and check out all of the interesting objects that you are able to use your character to activate.

All in all, TurnOn seems like a really solid concept that has already achieved a solid amount of success on the mobile market. Although it is definitely difficult to succeed as an indie platformer in the current market, I feel that TurnOn has just the right amount of charm and unique ideas to drive itself forward in such a competitive genre. If you like the sound of TurnOn, feel free to check them out on Greenlight and consider leaving a vote and some constructive feedback.

Has anyone had a chance to play TurnOn on the Windows Phone? If so, what are your thoughts on the game?

I enjoy playing pretty much any type of game out there. My passion lies in finding the gems of the indie gaming world. When I'm not playing games, I'm programming them, at the gym, or tending to my small army of cats. Writing has always been a part of my life and I'm grateful for the opportunity to get my content out there for people to see.
@spf0227
Previous Check Your Corners: Rainbow Six Siege Alpha Invites Sent Out
Next Turkey blocks access to Youtube and Twitter