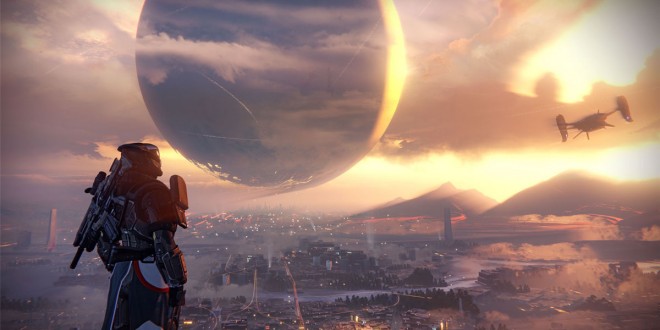 Get your guns ready Guardians, because Bungie’s Destiny gets a few changes to its multiplayer. Update 1.1.2 will bring quite a few changes to the sci-fi shooter. This week’s Weekly Update highlights tweaks to the PvP Crucible mode. In the past, Destiny players would have Special ammo loaded into their secondary weapons from the start of each match. Crucible Designer Kevin Yanes explains how they’re going to rebalance the flow of each Crucible match by limiting ammo drops – making Special ammo more ‘special.’

“Special Ammo will spawn less frequently, it will take longer to pick up, there will be less crates located on the map, and the bricks you find will provide you with less ammo.” This means that the Hunter that’s slide-shotgunning around the corner has to tread carefully, that Warlock that’s camping the doorway with their Fusion Rifle has to find a new option, and that Titan that’s sniping across the map has to make their shots count.

In each Crucible match, Heavy ammo would periodically drop at a certain interval in the match timer. If a teammate happens to open the Heavy ammo box, only the teammates within a certain radius would receive a Heavy ammo box. Special ammo will now follow suit with this trend. However, Yanes goes on to say that “To prevent this, we raised the drop radius for teammates by a considerable amount. Raising the drop radius helped players understand the importance of pulling a crate as soon as they could, while ensuring that nearby teammates would still benefit from the drop.”

Another important change is that Destiny players could essentially ‘save’ their Heavy ammo bricks for later. In the past a player would engage the Heavy ammo box, while the other teammates in the vicinity could save the dropped Heavy ammo bricks. Crucible designer Kevin Yanes says that there will now be a despawn timer set on those precious purple boxes. Bungie also wants the spawning of Special and Heavy ammo to be noticed, so new visual queues and countdown timers will be made apparent for players.

UI Engineer Daniel Hanson highlights two more tweaks being added to the multiplayer-centric shooter. Players will be able to ‘lock’ their guns and gear from being accidentally dismantled. The next option will be to allow the wearing of helmets in the Tower social space. Finally got that coveted ‘Obsidian Mind’ for your Warlock? Good. Now lock it down and strut your stuff in style. These small tweaks to the design are amongst a few things users have wanted in this sci-fi shooter. More Strikes, please.

Destiny is out now for PS4, PS3, Xbox One, and Xbox 360. Destiny’s next DLC’s (entitled ‘House of Wolves’) release date has yet to be revealed. You can read the Bungie Weekly Update here.