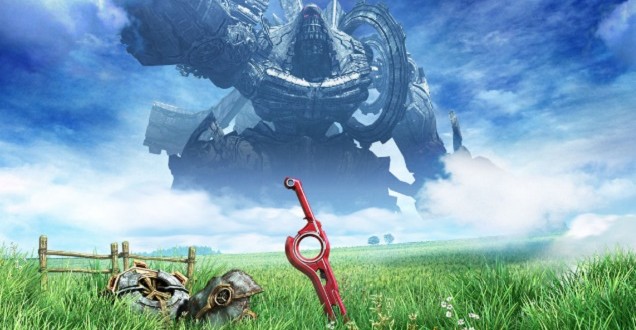 To say that Xenoblade Chronicles 3D is important is an understatement. This is the first chance that the New Nintendo 3DS has gotten to prove its worth. Sure, a few games have made use of the system’s extras: Majora’s Mask 3D, Monster Hunter 4 Ultimate, Code Name S.T.E.A.M., and IronFall: Invasion have all used the c-stick for camera control, but the new buttons have been largely unused and the stronger processor hasn’t gotten a chance to really show its stuff. Now, with the first New 3DS exclusive on the shelves, it’s time to see what the system can do.

Xenoblade Chronicles made its debut on the Wii relatively late in the system’s life, which caused it to become more of a cult classic than a full-fledged classic. However, those that did play it were quick to praise it as one of the best JRPGs around. Seeing as the majority of gamers probably didn’t get a chance to play the game and physical copies are hard to find, Xenoblade Chronicles is as good a game as any to be rereleased on a handheld system.

The world of Xenoblade Chronicles 3D is huge, and it definitely feels bigger than any other game on the 3DS. The feeling of freedom that wandering around the environment gives is great, and it really does feel like a console game. The game still feels great – it’s the visuals that suffer. Being ported to the New 3DS wasn’t exactly kind on Xenoblade – close-up shots of the characters look blurry, and the textures don’t look as crisp and clear as they did on the Wii. The 3D is a bit odd as well. In some situations, it provides depth that complements battle sequences and exploration. At other times, especially during cutscenes, it just makes things harder to see.

Despite the issues with the graphics, Xenoblade Chronicles 3D does have a lot to offer. The music is just as fantastic as it was on the Wii, and having such an enormous game in a portable form feels awesome. Fans of JRPGs will surely find a lot to love in this rerelease.

I'm Aria! When I'm not doing other things, I'm either playing video games or writing about them. If you like games, anime, and random stuff, you can follow me on Twitter @Sage0fForest
@@Sage0fForest
Previous WarioWare Touched! – Reliving the Madness on Wii U
Next 5 Tips for Surviving Etrian Mystery Dungeon