Breaking News
Home » MMORPG » Neverwinter Belongs on every Xbox One 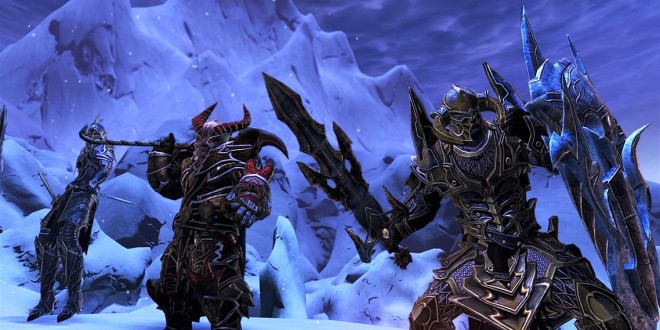 Neverwinter Belongs on every Xbox One

Dungeons & Dragons: Neverwinter wasn’t even on my radar when I first saw it appear in the Xbox Store on March 31, 2015. In fact, I had never even heard of it. But the wait for the Xbox One edition of The Elder Scrolls Online: Tamriel Unlimited is absolutely killing me, so I immediately jumped at the chance to have a free-to-play MMORPG on my Xbox One. I downloaded it primarily to hold me over until ESO came out – fortunately, Neverwinter quickly became much more than a time-waster. It’s a deep, engrossing, and thoroughly addicting MMORPG that uses the free-to-play model better than any game I’ve ever played.

The Dungeons & Dragons brand name means a lot of different things to a lot of different people. For fans of D&D, it will be an absolute delight to know that Neverwinter is based on a slightly modified version of the D&D 4th Edition set of rules, including action points and healing abilities. However, the majority of people tend not to understand Dungeons & Dragons, and it is sometimes seen as a caricature of geek culture instead of the vastly successful and satisfying RPG experiences that is currently being offered. Regardless of what you may think about D&D, you don’t have to know anything about the franchise to thoroughly enjoy Neverwinter. Personally, I am not familiar with the ins and outs of D&D, but I am having an absolute blast with Neverwinter.

When you start the game, you quickly and easily create an account. After that, you get to customize your character. First, you can pick one of nine races – each available in both a male and female option. These include the basics (e.g., humans, elves, dwarves) and more unique races (e.g., halflings, half-elves, tieflings, and drows). After that, you are given a choice of seven character classes, which help you decide how you primarily want to play the game. The Devoted Cleric class focuses on healing, while the Trickster Rogue (my personal favorite) focuses on stealth, illusion, and thievery. You can also choose to be a Control Wizard, a Hunter Ranger, a Scourge Warlock, a Great Weapon Fighter, or a Guardian Fighter. After choosing a racial ability bonus and “rolling” for initial stat values, you’re allowed to customize the appearance of your character. Now, this system isn’t as complex as the one found in Dragon Age: Inquisition, but it does allow you to create an avatar that looks unique and feels like somebody you’d like to play as.

The gameplay itself feels like a blend of Diablo III and Dragon Age: Inquisition. The way your skills are presented look very much like a PC game (after all, Neverwinter began its life on PC), but the way that they are mapped to the Xbox One controller feels great. Although you might have to check the help menu to figure out some of the basic controls (jumping, for instance, is a combination of LB and A, instead of a single button press that many other games use), but after an hour or so of play, it feels natural and intuitive.

The game looks excellent, and the lore is interesting even for those who have absolutely no interest in the world of Dungeons & Dragons. Since downloading the title, I’ve spent dozens of hours with Neverwinter without paying a dime, and I still feel like going back for more. Since Neverwinter is a free title and it’s so much fun, I cannot recommend it highly enough. If you’ve got an Xbox One, you owe it to yourself to download Neverwinter and give it a shot. I highly doubt that you’ll regret it.

I'm Aria! When I'm not doing other things, I'm either playing video games or writing about them. If you like games, anime, and random stuff, you can follow me on Twitter @Sage0fForest
@@Sage0fForest
Previous TSM Wins Back to Back NA LCS Title
Next Slow Down, Bull: First Impressions