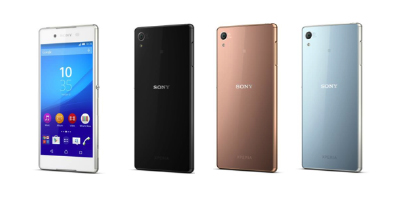 Any takers for the Xperia Z4?

Today, Sony launched the new Xperia Z4 flagship in Japan, and so far it seems to be exclusive to the country. Although many were looking forward to the Sony flagship smartphone of the year, it seems like the Xperia Z4 will either not be the flagship, or will not even be released in the U.S. anytime soon. There’s a lot of disappointment surrounding the new Xperia Z4 and its launch, as the new phone is more of an ugpraded Xperia Z3 with a few features added to the better performance.

The Xperia Z4 specs include a 5.2 inch FHD screen with a resolution of 1080*1920, which is sort of the best choice in many people’s opinion as a smaller resolution that adds up to a decent 424 ppi pixel density is enough for most users and manages to conserve some battery power in the long run. Otherwise, the new waterproof Xperia Z4 upgrades its design with a thinner and lighter body and has no annoying flaps like the Xperia Z3 did, which is a good design choice according to most Sony fans.

When it comes to hardware, the Xperia Z4 processor is ramped up the new Qualcomm Snapdragon 810 64 bit CPU which runs Android 5.0 Lollipop, to be upgraded in due time to Android 5.1.1 Lollipop. There are 3 GB RAM on board and users can benefit from either 32 or 64 GB internal storage, which they can expand by making use of the microSD card slot. That’s a pretty good feature to add, as surveys and user feedback demonstrated that smartphone users are still fond of expandable storage.

The camera has been left largely the same, as the Xperia Z4 camera on the rear is identical to the Xperia Z3 camera: it measures 20.7 MP and comes with a few extra features, including 4K recording, but still no optical image stabilization. The front camera has been bumped up to 5.1 MP and comes with digital image stabilization, as the selfie craze goes on. The battery measures 2930 mAh, which should be enough to keep the Xperia Z4 battery life above 2 days. thanks to the extra power management offered by the superior processor.

Overall, this phone does not resemble a flagship too much, or at least it doesn’t meet the expectations we had for the Xperia Z4 release. As I’ve said before, this might not be destined for U.S. customers, so keep your eyes peeled, as Sony might be revealing another smartphone, the true Sony flagship, sometime in June, according to our sources. Let’s keep our fingers crossed.

My life-long dream has been to test out every gadget on the market! Considering the fact that I've rapidly destroyed almost every gadget I've had so far, I'm not inclined to owning something, so my ideal outcome would be to have a different gadget each month. I'm really into smartphones, wearables and tablets and I love Playstation and Xbox, I'm sure I'll beat you at your own game (after a month of training... or two)
Previous Ikea unveils wireless charging furniture coming to the U.S.
Next Better ranking: get your mobile friendly on