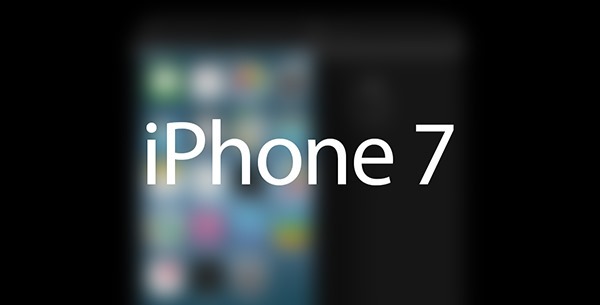 What will the iPhone 7 look like in your opinion?

The iPhone 7 or the iPhone 6S, nobody is completely sure which just yet, is on its way and a slew of patents already attributed to the new Apple flagship have made the forums boil with excitement over the next big thing. News sites centered around Apple products are overwhelmed with Apple Watch news, as if there was anything more to find out about the smart watch. The Apple Watch craze took over the internet, but that doesn’t mean that the wearable is the only thing Apple is working on right now. The iPhone 7, according to our sources, is in preparation, although they were not sure whether to call it the iPhone 7 or the iPhone 6S. We’ll have to wait for Apple to confirm that, or we might end up with false news.

Although there are tons of rumors surrounding the iPhone 7 release date, most people agree that it will most likely be showcased in October 2015. When talking about the iPhone 6S release date, people and tech enthusiasts are more inclined to pinpoint July or August as the most likely month for the device to be unveiled. While most peg the iPhone 6S to be the cheaper, more plastic version of the already popular flagships, the iPhone 7 is going to be the successor rather than a variant, which is why rumors differ from one another depending on how they perceive the names attributed to each upcoming device, if they’re both actually in the works.

This rumor round up is focused around the iPhone 7, the successor of the iPhone 6 and 6 Plus which will attempt to bring even more things to the table, according to our sources. First off, the iPhone 7 design is said to stay the same, although there have been rumors about a flexible body being used in the development of the new Apple flagship smartphone. Most likely, though, the iPhone 7 design will keep the metal unibody, the high-end TouchID fingerprint scanner, the thin and light chassis but will probably slim down when it comes to bezels, as per our sources. The top and bottom bezels will be thinner than on the iPhone 6 and iPhone 6 Plus, as the iPhone 7 will get a much improved fingerprint scanner that doesn’t have to take up so much space.

Moving on to the iPhone 7 display, our insiders tell us that Apple will stay with the 5 inch size and the Retina display, improving on the display technology. The IPS LED backlit displays on the iPhone 6 and iPhone 6 Plus are considered to be top-notch when it comes to viewing experience, but Apple is supposedly planning to make the gap between display and touchscreen nonexistent in the iPhone 7. Even though there are rumors of a QHD resolution panel on the iPhone 7, our sources tell us that while ppi pixel density will be upped in the next model, the new iPhone 7 won’t be able to rival with the Galaxy S6 when it comes to display quality. We’ll have to wait and see. What’s more interesting is that force touch will be included in the iPhone 7, which means that new gestures will also be included. Sources suggest that Apple will make use of features that are similar to air gestures, which would be a great addition to the iPhone 7 feature list.

Samsung is already reportedly preparing the Apple A9 chipset for the next Apple flagship, which seems right on point for a Fall release of the iPhone 7. The upgraded processor will be at least 20 % more efficient than the current Apple A8 processor and will supposedly include fast charging. Since we’re on the topic of charging, the iPhone 7 will also feature Qi wireless charging, a feature that is missing from current models, yet desired by most Apple fans. The battery will also get a bump to 2500 mAh, which doesn’t seem like much, but considering that the Apple A9 chipset will be more power-efficient and the display technology will be much improved, it might make a big difference in the iPhone 7 battery life in the end.

The iPhone 7 camera is the most disputed part of the entire flagship, as there’s absolutely no information coming out from the company about it, nor have our insiders mentioned anything about it. With that in mind, all we have to go on are recent rumors about DSLR-level quality that have been making waves recently. Most likely, the iPhone 7 camera will try and surpass the Galaxy S6 camera, which has proven itself excellent in various real life tests on the interwebs. We could assume that Apple will slap a 13 MP iSight sensor on the rear complete with optical image stabilization and a 5 MP camera on the front.

Remember that these rumors are not coming from Apple themselves, but from insiders who claim to be familiar with the iPhone 7, which should be in the making. As such, takes these with a grain of salt and kindly let us know what you would like to see Apple implementing in the iPhone 7 this Fall.

My life-long dream has been to test out every gadget on the market! Considering the fact that I've rapidly destroyed almost every gadget I've had so far, I'm not inclined to owning something, so my ideal outcome would be to have a different gadget each month. I'm really into smartphones, wearables and tablets and I love Playstation and Xbox, I'm sure I'll beat you at your own game (after a month of training... or two)
Previous Windows 10 will block all “untrusted” apps, including ripped apps
Next HTC Vive dev kit order now open for applications