Breaking News
Home » NEWS » PT Is Being Sold On eBay 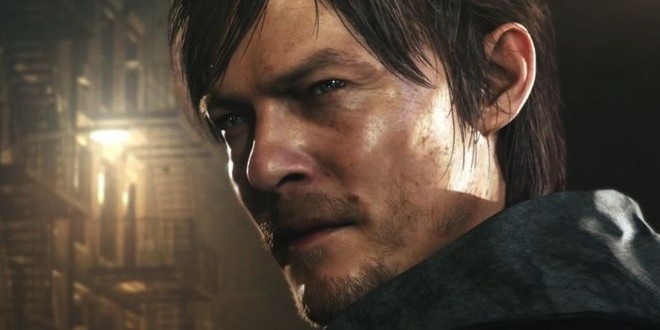 A number of listings have surfaced on eBay advertising Playstation 4 consoles with the acclaimed “PT” pre-installed on them. The “playable teaser” was removed from the Playstation Store on Wednesday following Konami’s fall-out with Hideo Kojima, and the eventual cancellation of Silent Hills. Not all hope is lost for those yet to experience the terror inflicted by PT however, as some crafty auctioneers are selling PS4s with the demo already installed on them. The asking prices of such consoles are as astronomical as you might expect, with some of them set at more than £1000.

PT was announced completely out-of-the-blue by Kojima himself at last year’s Gamescom. A trailer was shown which featured a distorted voice that spoke of alternate dimensions, and footage of the horrified reactions of those who’d supposedly already been subjected to the demo.

PT was then made available as a free download for all PS4 users by the end of the Playstation press conference. The internet immediately flooded with footage of players braving the game’s corridors and trying to decipher all of its secrets. Eventually the ending was discovered, and it was revealed that PT was actually a kind of conceptual prelude to what would be the next entry in the Silent Hill franchise, titled “Silent Hills.” Kojima was to collaborate with Guillermo del Toro (Pan’s Labyrinth, Pacific Rim) and Norman Reedus (Boondock Saints, The Walking Dead) on the project. He was also quoted as saying that he really wanted to create something that would “make you **** your pants.”

Earlier this week, following hints from both del Toro and Reedus, Konami confirmed that Silent Hills had been cancelled and that as a consequence they would be removing PT from the Playstation Store on Wednesday 29th April, prompting the eBay sellers to make their moves. Anyone that has not yet created a Playstation Network account and ‘purchased’ PT will no longer be able to do so. It has been confirmed by Polygon that anyone who has previously downloaded PT can still retrieve the software from their games library.

I’m Load The Game’s co-founder and community manager, and whenever I’m not answering questions on social media platforms, I spend my time digging up the latest news and rumors and writing them up. That’s not to say I’m all work and no fun, not at all. If my spare time allows it, I like to engage in some good old fashioned online carnage. If it’s an MMO with swords and lots of PvP, I’m most likely in it. Oh, and if you’re looking to pick a fight in Tekken or Mortal Kombat, I’ll be more than happy to assist! Connect with me by email markjudge (@) loadthegame.com only
@@MarkJudgeLTG
Previous Killing Floor 2 Preview – Guts and Gorey
Next Sky Force Anniversary: First Impressions