Breaking News
Home » Tech » Is the Samsung Galaxy Note 2 getting Android Lollipop 5.0 or not? 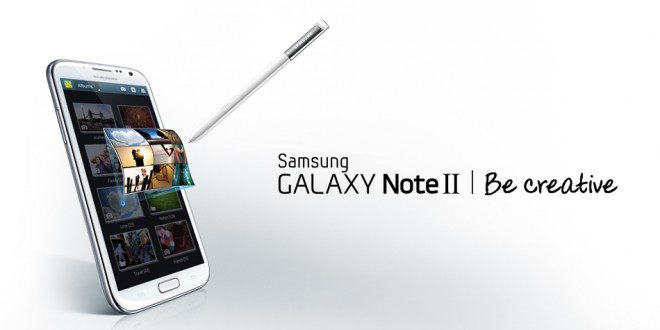 Is the Samsung Galaxy Note 2 getting Android Lollipop 5.0 or not?

Older phones mean fewer chances of OS updates, and the Galaxy Note 2 is a prime example of this trend. While the phone still holds its own and performs admirably, given its age, it’s not really the center of focus for Samsung. Any phone that has been out on the market for over two years is unlikely to get new Android updates. That’s just how things are. However, there have been conflicting hints whether or not the Note 2 will be getting its transitional update to Android Lollipop. Many users are still hoping to see the update prompt at some point, although, as we’ve seen with the Samsung Galaxy S5, that might not necessarily be a good thing.

Popular smartphone rumor hub SamMobile previously hinted that there are no apparent version of Android Lollipop prepped for the Samsung Galaxy Note 2. This was recently contradicted on Twitter by Samsung Spain, via a Tweet that claims the opposite, and that more or less confirms that there will be a jump to Android for the second generation Note phablets in the future. While the message is in Spanish, the translation is fairly easy to understand: nothing has come up and Android Lollipop 5.0 is still coming to the Note 2.

This should be taken with a grain of salt though. It seems to be the only somewhat reliable source to confirm such an update. Every other outlet and source claims otherwise. Samsung Gulf itself clearly shut down all hope recently on its Facebook page, answering a fan question with the straightforward message “The Android update won’t be released on the Note 2. Have a great day :)”. What are we to believe then? It seems not even Samsung is sure about the future of the Galaxy Note 2 in terms of updates. We’re not terribly bummed though. The current versions of Lollipop aren’t running particularly well, at least not on Samsung’s main flagships. KitKat seems to be a lot more battery-friendly, at least for now. If the Note 2 will eventually get Lollipop, at least it will be receiving a more polished version than whatever is currently out there.

Old-school gamer with a cheeky tongue that gets me in trouble. When I'm not playing games, I'm writing about them, preferably in the vicinity of a fridge! Oh, and if you're a Justin Bieber fan, I'm afraid we can't be friends!
Previous Samsung pushes for S5 Lollipop fixes, still no Android L 5.0.1 in sight
Next Releases for the Week of May 3-9

Verizon is not known for rolling out updates ahead of the other big US carriers ...