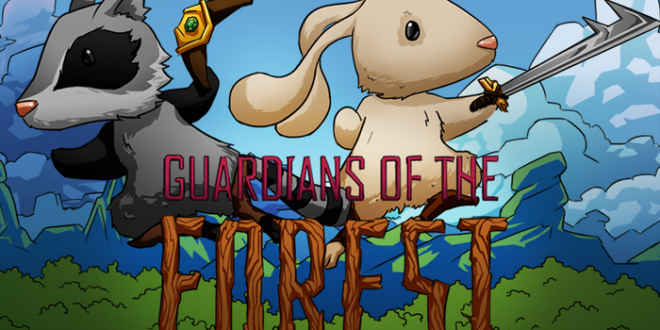 Today’s standout on Greenlight is Guardians of the Forest, a multiplayer brawler that features cute animals that die in various violent ways. It seems that the theme of Greenlight games the past few days has been multiplayer arena/brawler games, and as a frequent game night attendee, I could not be happier to have a wider variety of games to play with friends. Guardians of the Forest looks like the type of game that starts out as a friendly bit of competition, and ends with friends leaving the premises at the risk of causing bodily harm to their opponents.

Featuring both single-player and multiplayer modes, Guardians of the Forest promises hours of brawling entertainment. While online multiplayer is not currently implemented, it is definitely on the to-do list if the game does well enough to warrant it. However, I’ve always felt that the best moments in games such as these happen in a local environment. The anger just isn’t the same when you’re not sitting directly next to your friends. 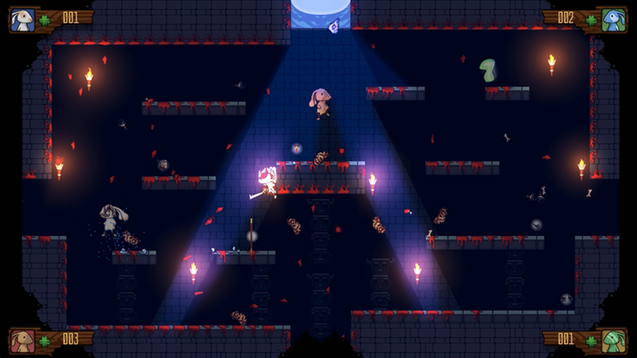 With over 15 game modes, Guardians of the Forest will keep players entertained for quite a while. The variety of game types will ensure that players always have something different to play, and never become bored of having only one or two modes. On top of having a huge variety of game modes, Guardians of the Forest also boasts 40 unique battlegrounds, which provide exciting and varied environments in which to brutally slay your cute animal opponents. If you’re thinking: “Only 40 levels? What a bunch of amateurs.”, then feel free to take yourself down a notch, and also explore the game’s level editor, which allows you to create as many levels as you’d like to increase the map variety.

Guardians of the Forest features an adorable lineup of furry creatures. Customize and choose your character to get the avatar that best represents you. However, with the idea of brutally slaying each other in mind, I feel that having a character that looks like yourself may be a bit strange. You’ve never realized how much you wanted to slay your buddy Todd until you saw him in raccoon form. Scary thoughts. 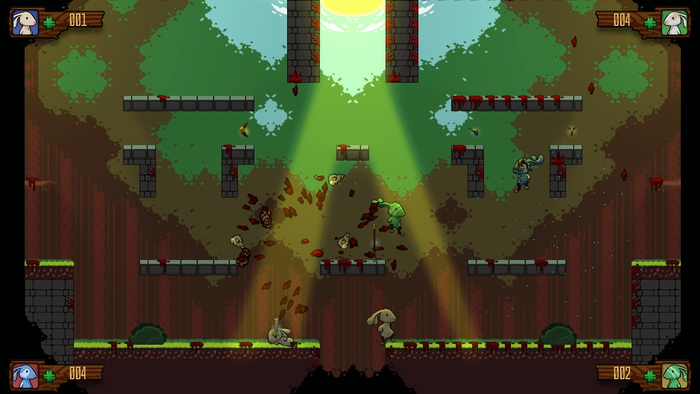 Finally, if you’re wondering why a game with such cute animals has to be so violent, then have I got some news for you. Simply by changing an option, you can remove all blood and gore from the game, making it into a child-friendly experience at the press of a button. If you’re on the fence about Guardians of the Forest, and feel like you have to look into it a bit more before deciding, then feel free to take a look at the demo. As always, you can find the game on Greenlight, where you should always leave a vote and some constructive feedback. Also, be sure to have a look at the Kickstarter if you’re interested in helping fund the game.

I enjoy playing pretty much any type of game out there. My passion lies in finding the gems of the indie gaming world. When I'm not playing games, I'm programming them, at the gym, or tending to my small army of cats. Writing has always been a part of my life and I'm grateful for the opportunity to get my content out there for people to see.
@spf0227
Previous Tony Hawk’s Pro Skater 5 Announced
Next Preview: Ymir Combines 4X Strategy With City-Building