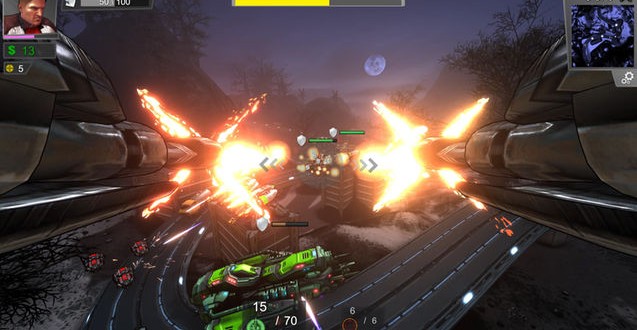 Today’s standout on Greenlight is Sentinels. Sentinels is a combination of elements of tower defense and the skills involved in first-person shooters. While games such as Toy Soldiers have taken similar mechanics and implemented them successfully in the past, it is still nice to see another game trying to put a spin on the tower defense genre. For me, tower defense games have never really been a favorite. They’ve always had a sort of freeware feel to them, as I remember spending many hours playing similar games on flash game websites. However, with the arrival of well-made tower defense games like Defense Grid and the Anomaly series, I feel that there is definitely a place in the market for Sentinels.

Tasked with defending the Earth from hordes of relentless enemies, you must fortify your defenses in an attempt to hold them back and protect the planet. There are a couple of ways that you can provide defense for the planet. You can either build turrets that fire automatically, each featuring their own unique upgrade trees, or you can directly control weapons that allow you to enter a first-person firing mode in order to jump right into the action. The optimal strategies most likely lie somewhere in between the two, meaning that you’ll have to build a good number of auto-defenses and then take control of the guns yourself in order to be successful in the missions. 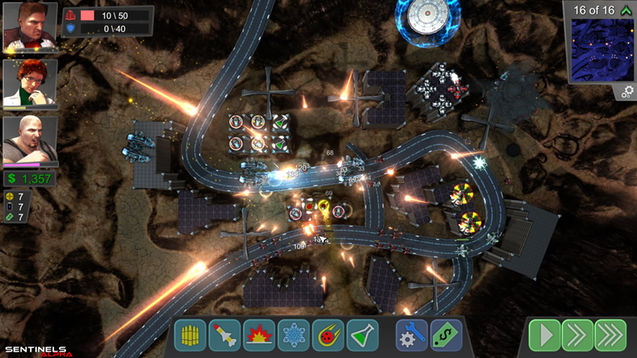 Sentinels features a single-player campaign with eight unique maps. Each map can be played in multiple game modes, adding to the overall replay value of the game. Unfortunately, the description of the game provided is a bit lackluster, and doesn’t provide as much information as I’d like. I would love to know exactly what game modes we can expect from Sentinels. For example, I would really love to see an endless mode where I could attempt to survive as many waves as possible and have my score posted to a global leaderboard. Hopefully something like this will be implemented, or is already implemented, into the game. Even without all of the information that I would like to know, I still feel that Sentinels looks to be a very competent entry into the tower defense genre, and does a good job putting a unique spin on the otherwise dull mechanics of the genre in general.

Sentinels is currently looking for approval through Steam Greenlight, and you can help them out by leaving a vote and some constructive feedback.

I enjoy playing pretty much any type of game out there. My passion lies in finding the gems of the indie gaming world. When I'm not playing games, I'm programming them, at the gym, or tending to my small army of cats. Writing has always been a part of my life and I'm grateful for the opportunity to get my content out there for people to see.
@spf0227
Previous Steam Greenlight Spotlight: Viridi
Next Preview: Starfall Tactics is the Next Big Space RTS