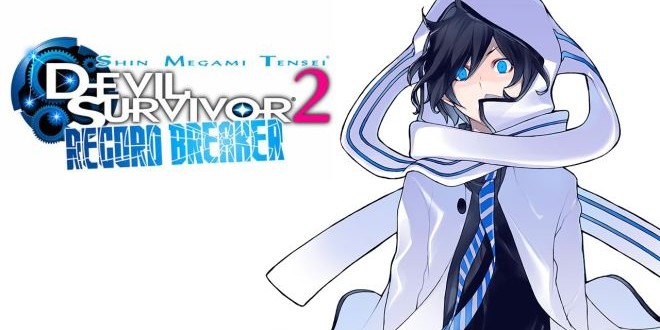 Shin Megami Tensei: Devil Survivor was introduced to the world in 2009. The games are tactical RPGs (or strategy RPGS – SRPGs) that bring grid-based combat to the classic MegaTen experience of recruiting powerful demons and fusing them together to create even stronger demons. The first game was given a makeover and re-released on Nintendo 3DS as Devil Survivor Overclocked in 2011. Since then, fans have been wondering if Devil Survivor 2, which launched in Japan in 2011 and North America in 2012, would be getting the same treatment. Devil Survivor 2 Record Breaker is the long-awaited remaster of Devil Survivor 2, and it brings an incredible amount of content to Nintendo 3DS. The game includes a remastered version of the Devil Survivor 2 game as well as a brand new story that takes place directly after the events of Devil Survivor 2.

The gaming market seems to be filled with remasters. Since the release of the Xbox One and PlayStation 4, we’ve seen dozens of last-gen games re-released on current-gen consoles. Some of these remasters are quite exciting, but others are frustrating because they don’t bring anything new to the table. Thankfully, Record Breaker is a shining example of what a remaster should be, and the fact that it is a re-release of a Nintendo DS game should not give pause to anyone considering diving into the 3DS version.

The first part of Record Breaker is the battle against the Septentriones. The story takes place across seven days, and it takes the protagonist and his friends on an epic journey through a Japan on the verge of destruction. A strange website called Nicaea sends its users videos of their close friends dying. At first, it seems like a joke. However, as the events in the videos start occurring in the real world, it becomes clear that the death videos are much more than a prank. Players take on the role of a young male protagonist (named by the player) whose friend Daichi shows him Nicaea. The day quickly becomes a disaster as demons begin appearing and the player is introduced to an app that has the power to summon demons. The protagonist is thrust into the role of a demon tamer and sets off to uncover the mysteries surrounding the sudden appearance of demonic creatures. 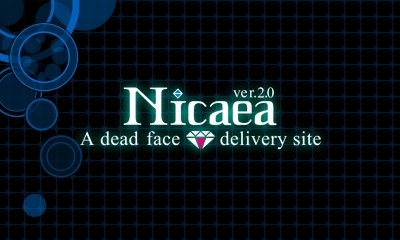 The story of the Septentriones is the game that was released as Devil Survivor 2. There are no big changes to the story, but it is definitely worth playing even if you’ve already played it on Nintendo DS. The plot found in the game is interesting and engrossing, and it becomes even more exciting as the player meets new characters. The characters are all excellently drawn, and they each have their own distinct personality that is shown through their words, their appearance, and voice acting. The previously silent dialogue segments of the game are now fully voiced by a cast of very talented actors and actresses. Their performances alone are enough to merit another playthrough. The dialogue choices are excellent, just as they were in the original game. Based on your decisions, the protagonist can be a humble hero, an arrogant jerk, or a person who is somewhere in between. The game features some of the funniest and sassiest lines in the series, and it’s sure to bring a smile to your face, which will be welcome after a few hours with the game’s dark twists and turns. 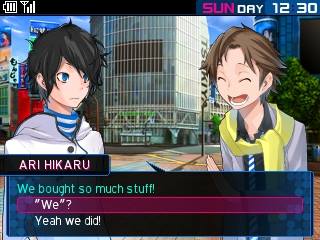 Voice acting isn’t the only new addition to the original story. The music has been remastered, and it sounds clearer than it did on Nintendo DS. As is expected of the MegaTen series, the composers did a fantastic job with the music for Record Breaker. The graphics are also a bit sharper than they were on Nintendo DS, and 3D has been added to certain cutscenes, menus, and battle sequences. While the 3D can make some cutscenes look blurry even on a New Nintendo 3DS , it works very well during battles. Unfortunately, the 3D isn’t as central to the experience as it could have been. Most of Record Breaker‘s action takes place on the bottom screen, which often leaves the top screen empty. It’s not a big problem, and some players don’t enjoy the 3D anyway, but moving some of the action to the top screen may have made the game feel more like a new experience that was made for Nintendo 3DS.

The vast majority of your time with Record Breaker will be spent in battle. Fortunately, the game’s battle system is incredibly fun and addicting. For those who are unfamiliar with the way it works, it’s a grid-based system that is similar to what you might find in a Fire Emblem game. Instead of the first person dungeon crawling found in Soul Hackers or the 3D dungeons of Persona 3 and Persona 4, Devil Survivor brings the battle camera to the sky for a bird’s eye view of the battlefield. Each character on the battlefield represents a team of three. Teams move around the map in turns. However, unlike other turn-based games, the turn order is constantly changing. The amount of time you’ll wait until your next turn depends on how many things you do during your turn. Once you’re close to an enemy, you can choose to attack them, which triggers a turn-based combat experience similar to the one found in Shin Megami Tensei IV.

Battles can last anywhere from five minutes to over an hour. Your goal isn’t always to defeat all of your enemies – over the course of the game you will have to defend certain parts of the battlefield, rescue people in danger, and prevent certain enemies from leaving the battlefield. These are just a few of the missions that you will be tasked with, and your objective will often be changed in the middle of a battle, which turns your entire strategy on its head and forces you to change the way you think about your situation. This can be a lot of fun, but it can also be extremely frustrating when you’ve been fighting for a long time and have lost a significant amount of MP. There are no items in Devil Survivor, which is one of the things that makes it a more hardcore experience than other RPGs. The only way to restore HP is to use magic, which uses MP. The only way to restore MP is to use demons with MP-restoring abilities. For example, the “Sacrifice” ability restores a bit of the party’s HP and MP when the demon with sacrifice kills an enemy. However, the demons with these abilities might not always be right for your situation, and losing MP without being able to restore it can make long battles especially difficult. Some players will see this as a challenging resource-management system, but many players will find it hard to get used to, especially after playing other RPGs where items can turn the tide of a battle.

Difficulty was one of the main complaints when Devil Survivor 2 was released, and that concern has been taken into consideration with Record Breaker. In the updated version of the game, you are able to switch between the original difficulty (Apocalypse) and an easier setting (Blessed). However, the game is still quite difficult, even on the Blessed difficulty. Prepare for long, frustrating battles where even your strongest demons will be wiped out in a turn or two. Though the game’s difficulty does rapidly increase at certain parts, each battle is fair and beatable, and each victory is very satisfying – especially on the Apocalypse difficulty. 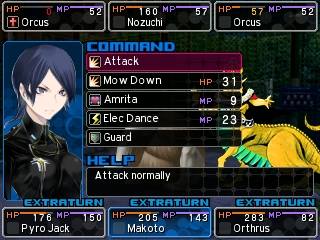 Like other MegaTen games, battle isn’t all there is to see here. When you’re not fighting demons, you’ll be using a menu to choose destinations where conversations and other events will occur. Each event takes up thirty minutes, and time is of the essence – for example, taking too long to rescue a friend might result in that character’s death, which impacts the rest of the story and, sometimes, removes a playable character from your team. This brings a lot of excitement to the game, making even events that take place outside of battle feel like strategic choices. Dialogue choices also impact the entire game – your decisions will change the game’s ending, as well as change your “Fate” levels. Fate keeps track of your connections with other characters. Since you only have so much time, you’ll have to choose which characters you hang out with most. Getting closer to characters will give them bonuses in battle, including the ability to help the protagonist “crack” skills – by choosing a skill before battle begins and defeating the enemy that has it, you can unlock that skill to be used by any of your team members (though each skill can only be used by one character at a time). While the character development and the depth of the relationships between characters isn’t as intricate as it is in Persona 4, it’s still a fun and interesting element that adds a lot of replay value to the game.

The newest addition that Record Breaker brings to Devil Survivor 2 is the Triangulum arc. This story takes place after the events of the Septentrione arc, and is available from the very beginning of the game for Devil Survivor 2 veterans who want to move on to the new content. Without spoiling too much, the new story features Triangulum, a group of creatures that intends to wipe out humanity, which might make them even more threatening than the Septentriones. The gameplay is the same as it is in the Septentrione arc, but the new story is great, and it will please longtime Devil Survivor fans as well as newcomers. The Triangulum arc is almost as long as the Septentrione arc, but not quite – backing up the claim that Atlus has almost doubled the content of the original game with Record Breaker. It will likely take you more than 100 hours to see all there is to see in Record Breaker, and it will definitely take you more than one playthrough. If you’re not someone who usually replays games, don’t worry – as soon as Record Breaker is over, you’ll find yourself starting it up again instantly. 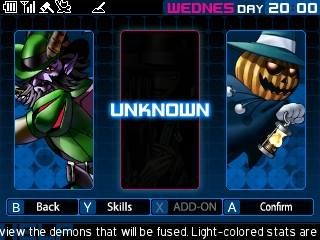 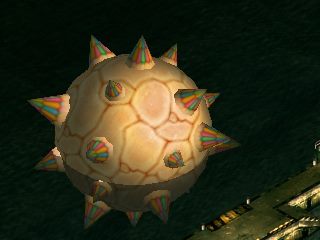 Devil Survivor 2 Record Breaker is a deep, complex, and rewarding strategy RPG that improves on the original game in every way while adding a great amount of fantastic new content. It’s one of the best Nintendo 3DS games of 2015 so far, and it has set the bar very high for the rest of the year. If you’re a fan of the MegaTen series, SRPGs, RPGs, or even if you just love great video games, Record Breaker belongs in your 3DS library.

Do you plan on picking up Record Breaker? If you’ve already played it, what did you think? Let us know in the comments and keep checking back with Load The Game for the latest gaming news and reviews.

Devil Survivor 2 Record Breaker is a deep, complex, and rewarding strategy RPG that improves on the original game in every way while adding a great amount of fantastic new content. This game belongs in any RPG fan's 3DS library.

I'm Aria! When I'm not doing other things, I'm either playing video games or writing about them. If you like games, anime, and random stuff, you can follow me on Twitter @Sage0fForest
@@Sage0fForest
Previous Is MGS 5: The Phantom Pain the last game Konami will release?
Next Steam Greenlight Spotlight: Okhlos