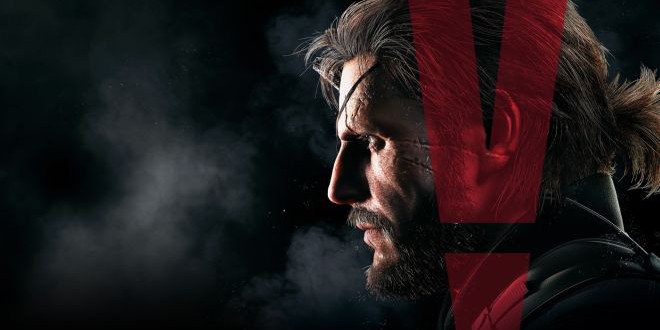 From the late eighties and throughout the nineties and noughties, there was always one constant in the console gaming world, Konami. They regularly released games and were ever present in the gaming market. The Metal Gear Solid series was a massive success for them and for an extended period they monopolized the soccer video game scene with the International Superstar Soccer (ISS) and later Pro Evolution Soccer (PES), as well as having a variety of other successful IP’s, like Castlevania and Silent Hill. Now the company seems on the verge of disappearing from the gaming world entirely.

Earlier this year, Konami signalled they would be parting ways with the enigmatic creator of the Metal Gear Solid franchise, Hideo Kojima after decades of working together. Kojima’s final entry in the Metal Gear franchise will still release later this year, but will mark the end of the successful partnership between the two parties. The split between the two also seems less than amicable, with Konami removing Kojima’s name from promotional material for MGS5. With the departure of Kojima, Konami announce they would no longer be releasing the joint venture between Kojima and Hollywood director, Guillermo del Toro, Silent Hills, despite the success of last years genuinely scary and horrifying,  PT (Playable Trailer) released on the PS4. The announcement that they would not be publishing Silent Hills  lead to Konami removing PT from the PlayStation Store completely. The announcement that they would not releasing Silent Hills also coincided with the company removing themselves from the New York Stock Exchange, with Konami stating, “[it] is not economically justified.” It appears the Japanese publisher is tightening the purse strings and attempting to save as much money as possible.

This seemingly sudden change in direction for the Japanese publisher has been coming though, with the writing being on the wall since around 2010, when the company started releasing less and less games and started releasing more staff from their development teams. The downward trajectory of their games releases continued throughout the tail end of  PS3 and Xbox 360 era and into the new generation of consoles. 2014 saw only two games released on the Ps4 and Xbox One, Metal Gear Solid: Ground Zeroes, which was nothing more than an extended demo of this years release of Phantom Pain and Pro Evolution Soccer 2015. This years releases are currently cited as only being MGS 5. So what has lead to this change from Konami?

In today’s gaming world triple A games are becoming increasingly more expensive to make, with most publishers relying on tried and tested IPs to guarantee a profit. Konami seem to be relying on their other ventures, such as casinos and spas, as a way to remain profitable. Konami seem to be distancing themselves from the murky world of triple A gaming, despite the fact they have a back catalogue of tried and tested series’. What this means for these properties is down to guess work at the moment. Konami can almost guarantee a profit from The Phantom Pain, but will that be the case if they choose to release an MGS game not directed by Kojima? Konami have lost their stranglehold with soccer games to EA’s Fifa series, and with them not announcing a new PES yet, last year’s release could realistically be the last in that franchise.

The company will still have a presence at this years E3, but one would assume this is solely to promote The Phantom Pain rather than to announce any other new or future releases. It is more than feasible that this year marks the end of Konami as a game publisher. But what about the back catalog of amazing titles Konami own the rights to? Could their decision to focus less on the gaming arm of their company lead to them selling the intellectual property to another developer or outsourcing all work for them just to cash a royalty cheque? I for one would be disappointed to see series like Silent Hill and Metal Gear Solid disappear for good from the world of games, so I hope Konami do right by the fans and continue to allow work on them, even if that work is not completed in house.