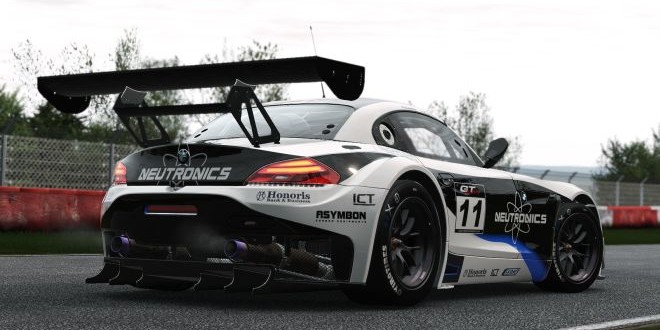 Project CARS: Will This put Forza on the Ropes?

Being a long time Forza veteran, I expected to pick up Project CARS today and jump in to another relatively easy going racing game. I could not have been more wrong. After the game installed (about thirty minutes when installing from the disc) I booted up the first option available: a quick play that would drop me into any race of my choosing. I went with the default option, a formula one car on Dubai raceway. The amount of detail on the cars, inside and out,  is phenomenal. The tracks are very well modeled, and every one has its own unique feel and flavor. The second thing I noticed, was every other car on the track passing me as I spun into the third corner.

Calling this game “challenging” would be an understatement. Normally, in games like Forza, the driver AI in single player set on medium doesn’t even pose a threat. In Project CARS, the exact opposite is true. “Okay,” I thought to myself “maybe I just need some practice with something a bit less complicated.” So I quit that race, and started a career mode character.

After creating a profile, choosing a career path, and signing a contract, I was finally ready to prove to myself that I was still good at racing games. Choosing the tamest car I could find (a modest Renault Clio cup), I was positive that now I would be assured of victory. Oh, how wrong I was. Even during my practice laps, I was still having my pit crew telling me “That’s your second warning for driving off track.” like I’m some kind of moron. After 10 or so more laps around the circuit, I was finally confident enough to start really racing. But, considering how poorly that went, maybe I still need more time to acquaint myself.

My shortcomings are not the game’s fault. The controls are extremely tight, and anyone who has played Forza will feel right at home. With no music in the background, the roar of the engines and squealing of tires sound absolutely perfect. Honestly, Slightlymad studios have done wonders with their audio team. And the game is spot-on with the rules and regulations of real motorsport. But, that is also where my criticism begins.

The game is not amateur friendly. If you don’t religiously follow professional motorsports, there are many rules that will be foreign and frustrating. With time of course, I grew accustomed to not using the grass as a passing lane, and teaching myself to not mash the brake in the corners, and even pulling into the pits for a new set of tires and more fuel (which I never once had to do in Forza, even on simulation settings) but I do believe that this will turn many new players off the game, if they aren’t prepared for it.

So, in the end, no. I don’t think this game will bring down the might of Forza, for a few big reasons: Forza is very user friendly, and easy to jump into. Forza’s car customization is simple and straightforward, with easily interchangeable parts and many tutorials. Furthermore, despite Project CARS being the better racing simulator, I don’t think it’s the better game. Even if it takes more skill to master, I doubt we’ll see this elitist game for the true enthusiast garner more than niche appeal.

Spencer is a lifetime gamer, and not just of the video variety. Although most of his time goes into his love of video games, he also can't turn down a few rounds of Magic: the Gathering. He specializes in opinion writing, as well as Xbox 360, and Xbox One game reviews.
Previous Steam Greenlight Spotlight: Okhlos
Next Gears of War: Ultimate Edition Double Confirmed