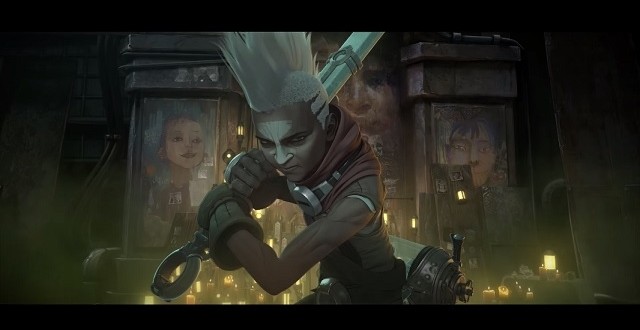 Ekko, A New Champion Revealed for League of Legends

Riot Games has officially revealed all the juicy details on an upcoming champion for League of Legends named Ekko, the Boy Who Shattered Time. The beautifully animated trailer can be seen below.

Ekko’s main power relies in his ability to affect and manipulate time to his advantage. In a post fully outlining his abilities, Ekko is shown to be a powerful melee assassin with high mobility and utility. His Timewinder shoots out a magical device that slows enemies upon contact and returns to him afterward for additional damage. The craziest ability of the bunch is Parallel Convergence, which creates a massive rune on the ground that slows enemies, but once Ekko steps into it, all the enemies become stunned. Phase Dive is his mobility spell in which Ekko dashes forward and then can blink towards an enemy and attack them for additional damage. Lastly, his ultimate ability is called Chronobreak, and it’s a doozy. Ekko becomes untargetable  and invulnerable and jumps back to a position he was at a few seconds ago, dishing out tons of damage around him and recovering some health.

Riot didn’t make it specifically clear what role on the map Ekko will be played at, but mentioned that he will most likely be a mid or top lane assassin. With his unique abilities, the skill ceiling looks to be really high for future Ekko players, dashing around teamfights and attacking enemies. Riot suggested that Ekko “relies more on his cunning than his strength,” so it’ll be important to master each ability to its fullest. Riot also went on to give a few helpful hints in how to approach the laning phase, teamfights, and even champions Ekko has synergy with and against. All the details, along with videos for each of his abilities, can be found at this link.

The last champion Riot released was Bard, which was over two months ago. Though the champion releases have slowed down in the last year, it’s good to see that the quality of the champions has increased significantly. It has been awhile since I’ve played League of Legends, but Ekko’s awesome design looks like it’s pulling me back in.