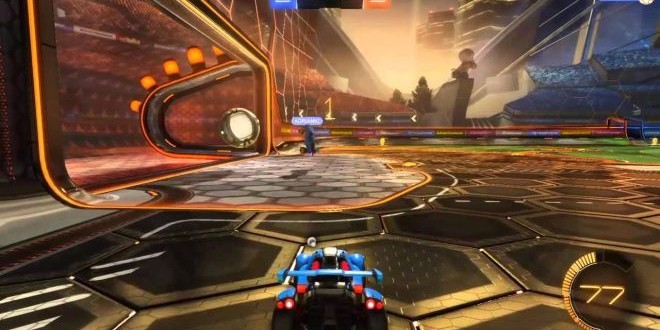 Psyonix is now accepting sign-ups for the second closed Beta testing of their upcoming game Rocket League. During their first Rocket League Beta, over one hundred thousand games were played, half a  million goals were scored, and about one million miles were driven. For those of you who have not heard about Rocket League, it is the sequel to the PlayStation 3 title Supersonic Acrobatic Rocket-Powered Battle-Cars.

Only a limited number of Rocket League Beta vouchers will be available for players in Europe and North America. Psyonix states that these vouchers will be issued on a first-come, first-serve basis. Psyonix has also confirmed that keys from the first Beta will still be accepted. This means there is no need to sign up for a new Beta key.

Players can register for the Rocket League Beta HERE: RocketLeagueGame.com/PS4Beta-PR

Polishing the game’s matchmaking and server performance will be the main focus for second Rocket League Beta. Tutorial and Training modes, a 4v4 “Chaos mode”, as well as two new arena (Mannfield) and Beckwith Park (the Training mode arena) have also been added. The second Rocket League Beta will run for 24 hours a day from  May 13th, in both North America and Europe to 10pm Pacific Time on May 19th.

Here is a fan-powered Highlight video from the first Beta

Alessandro is a languages and literature student and gaming enthusiast. Long hair and a bushy beard, he spends most of his time on romantic dates with fascinating old tomes. In his free time, he follows and comments the gaming community while playing games. You can follow him on twitter to see what he's up to.
Previous Ekko, A New Champion Revealed for League of Legends
Next New Lost Dimension Details Announced