Breaking News
Home » Tech » The Future of Windows with Windows 10 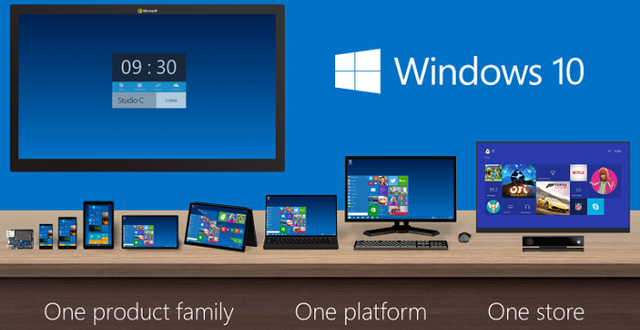 The Future of Windows with Windows 10

I’m sure that many Windows users are excited for the free upgrade to Windows 10 that is coming later this year – unless you’re a pirate. In which case you may be feeling a little lukewarm over the whole thing after Microsoft’s redacted their statement on who qualifies for free. But the news that the newest operating system will be free, even if only for a year, is a great change of pace for Microsoft. To get our beloved Start Menu back is great, even if it’s taken this long for Microsoft to finally listen to the flood of complaints over its disappearance. But according to Jerry Nixon, a Microsoft employee who spoke at the Ignite Conference, Windows 10 is set to be the last version of Windows. It seems changes are coming for the future of Windows.

To clarify on Nixon’s statement, after Windows 10 the Windows system won’t be disappearing for good. That was not his message. Instead, Windows will be dropping the numbers from the name. The OS will becoming one homogenous entity, simply called: Windows. The free release of Windows 10 is obviously intended to speed up the transition of the masses to Microsoft’s newest iteration, which will begin the transition to a single mass OS. After Win 10 releases for PC this summer, the same OS will be staggered out to the rest of Microsoft’s products; going to phones, Xboxes, Hololens, tablets, etc. This will make it much easier for Microsoft to dole out updates and standardize their service, rather than maintaining multiple legacy versions. So, this also means changes are coming to Window’s customers in the future.

With Microsoft’s new direction, they’re focusing on the new homogenous entity. This may have eventual repercussions for legacy systems. But, this is typically the standard for all updates, eventually older systems fall to the wayside. But this will also create changes for those that do upgrade. What is yet to be seen is how Microsoft will be charging for future OS updates. If customers are given Windows 10 for free and are incentivized into the new homogenous system of simply Windows, how will future updates be doled out? Windows will no longer be releasing new versions like 8.1 and 10 for people to purchase. You will have ownership of ‘Windows’ which it’s safe to assume will be continually updated and modified. If there are no new shipments of new OS, will customers be charged for their continued use of the new Windows? If so, how much and for what? I’m skeptical people would want their OS to go the same way as office 365 with yearly payments. Either way, the future model of Windows is changing and this will inevitably change the way owners use Windows.

Hi I'm Daniel and I'm an aspiring writer, avid gamer, and wanna-be cook; I'm not quite certain in which order. I like all things RPG and if that means swords n' spells, all the better. But, provided it has a good story I'll probably want to try it regardless of what it is. I'm a Windows junkie, and I spend my time gaming on Xbox, PC, and my 2DS.
@@danielcooper179
Previous Samsung Announces Tizen is Here to Stay
Next Capcom set to release more HD Remasters

The Microsoft E3 2016 press conference was insane. Expectations and hype are out of control, ...