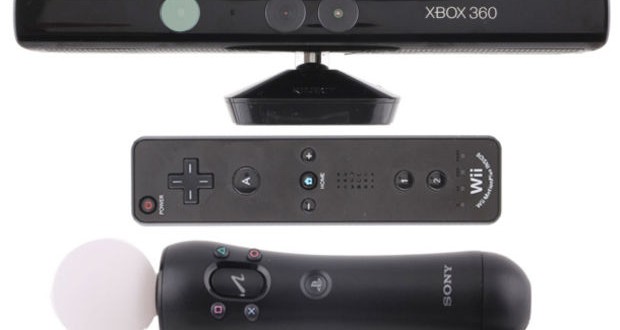 What happened to Motion Controls?

Christmas 2006, my family and I crowded around the TV after the turkey had been picked clean and watched in amazement as my little brother flailed his arms around hitting tennis balls, and throwing bowling balls, he was having a temper tantrum because I had taken over his brand new Nintendo Wii. It was the first time me or any of my family had seen a Wii and the motion controls that the console introduced. The rest of my family lined up and we took turns to have a round of ten pin bowling, a few sets of tennis, and boxing matches, all amazed by intuitive controls and how fun it was to play. This trend wasn’t exclusive to my household; families around the world were hooked by the little white box and the plastic remote that tracked your movement. The Wii pioneered motion controls and made gaming accessible to all ages. It seemed that, finally, a way of gaming was available that all the family could enjoy and get involved with. The Wii became a huge hit worldwide smashing sales records left and right. The popularity of the Wii saw Sony and Microsoft make their own moves into motion controls for their consoles, with the Playstation Move and Kinect respectively. It seemed that motion controls were on the verge of becoming a mainstay in gaming, but they have been conspicuous in their absence since the latest generation of consoles launched.

On the back of the success of the Wii, Nintendo attempted to bottle lightning again and released a new console using the same brand with the, Wii U. In a misguided attempt to get all the casual gamers who had bought a Wii to purchase their new console, Nintendo figured using the same name would draw consumers to their new machine. This plan back-fired however, as casual Wii owners assumed this was some add-on peripheral for the Wii. That paired with the fact the console didn’t launch with a game reliant on motion controls like the Wii had with Wii Sports meant the console bombed at release and has failed the recover in the following years since its launch in 2012. To this day Nintendo currently only have three motion controller games released on the system.

Sony followed Nintendo’s lead when they released, Playstation Move on the PS3, with a similar controller based design that tracked your movement through a camera. The controllers have a large glowing light on the top which allows better tracking as the camera follows the light rather than the player. Sony released Playstation Move in 2010 with a variety of motion focused games, from the mediocre Fight to more enjoyable multiplayer games like Sports Champion, which was Sony’s attempt at a more realistic sports game to compete with, Wii Sports. Sony also had a handful of triple A games, that wouldn’t traditionally use motion controls, such as Killzone 3. These attempts were nothing more than a gimmick, an attempt to push the Move and motion control to an audience that otherwise may not have been interested in the devices. The motion controls in these games were underdeveloped and often made the experience terrible as it was difficult to control the camera with a Move controller.

When Sony announced the PS4, they stated they would be also a releasing an up to date camera with the console as an optional extra. The camera boasted a better lens and tracking. However since the launch of the console in 2013 not one motion controlled based game has been released. How Sony can justify the release and continued retail of a peripheral that is receiving absolutely no support is beyond me. They have not even acknowledged the lack of games and software for the device and I feel for the customers that bought the camera with the hope of a new wave of next gen motion based games. That is not to say Sony have abandoned motion control and Playstation Move entirely, they could surprise everyone at E3 with the reveal of fully immersive adventure that redefines the way we play games forever. Though I would imagine they will ignore it entirely with not even an acknowledgement of the failed device while announcing a HD remaster of Atari’s E.T..

A masochistic game reviewer, taking pleasure in games that beat me into submission regularly.
Previous World of Warcraft Bans: 100,000 Accounts Shut Down
Next A Sinking Ship: the Rise and Fall of SEGA