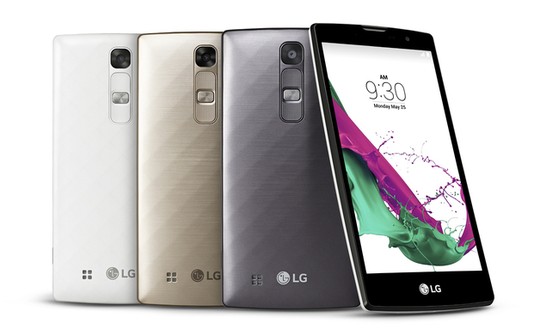 LG Electronics officially announced today that they will be adding two new members to the G4 family, the G4 Stylus and the G4c.  Both devices will be in the mid-range category and are great alternatives to the more high end devices in the G4 line.  The real question is, can these two smartphones match up to the other devices in the mid-range market? Both smartphones will be shipping to retailers around the world in the next several weeks throughout the month of May.

Let’s first take a look at the G4 Stylus.  This device is a 5.7-inch handset and just as the name implies, the G4 Stylus comes equipped with the Rubberdium Stylus made by LG.  This stylus makes it possible to write notes or practice your sketching skills on the generous 5.7-inch screen.  The G4 Stylus features a 13MP rear camera and a 5MP front facing camera for pictures or the convenience of Skype calls.  With 1GB of RAM and a 1.2GHz Quad-Core chipset you should have no trouble at all with browsing the net or multitasking without experiencing any sort of lag.

When talking about the G4 Stylus’s younger sibling the G4c, the two devices are very similar and the G4c inherits many of the premium features that the G4 Stylus has.  Some of the differences include a 5.0-inch screen instead the 5.7.  The G4c shares the 5MP facing camera but the rear facing camera is only equipped with an 8MP rather than a 13MP, though they do share both the memory size and the chipset size, so there will be no downgrading in that area.

The G4 Stylus and the G4c are both perfect examples of a premium smartphone at an affordable price. Here is a list of both devices Specs.

The Nexus 6 was not disappointing, per se, but it did come as a surprise ...