Breaking News
Home » NEWS » I Am Bread Coming To PS4 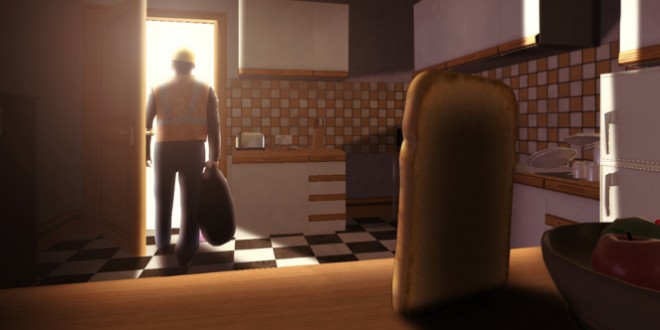 I Am Bread Coming To PS4

Years ago, Surgeon Simulator came into our lives and started the YouTube trend of absolutely ridiculous games. Since then, other titles came and went, each making profit off of the work of YouTubers trying to get a laugh out of their audiences. Bossa Studios, the creators of Surgeon Simulator, recently decided to return to this genre of nonsense to create “I Am Bread.” I Am Bread is a game about, well, being bread, and trying to get toasted. You control each corner of the bread individually, and you try to navigate about the room in order to toast yourself golden brown (and various other objectives).

I Am Bread received a fair amount of flak from people, who attacked it as being shameless YouTuber bait. They’re not necessarily wrong – but the point remains that I Am Bread is a fairly fun game, and something that I personally don’t mind being out there for the “Goat Simulator Crowd” to have a laugh at. There’s nothing particularly malicious about it, so the hate that I Am bread gets is altogether undeserved. Clearly, the folks over at Sony agree – or at least, see enough profit to overlook any bad reputation.

The good folks at Bossa Studios made a rap to the tune of the Fresh Prince Of Bel-Air opening, announcing that I Am Bread will be flopping its way onto PS4 this summer. It’s nice to see I Am Bread come to this new console platform, especially seeing that its older brother (And, apparently, sequel) Surgeon Simulator has been cozy there for some time now.

I Am Bread’s entry into the PS4 ranks is one of many indie games that find a home on Sony’s new console, as it becomes more and more known as the true home of the indies for the console market. Whether or not I Am bread will see any new features, or get a new bump in attention as people get a hold of it along with the PS4’s share features is yet to be seen. At the very least, I Am Bread’s arrival to the console will open up its delightful nonsense to a market that may yet remain uninitiated.

Tags I Am Bread PS4

I'm a college student studying journalism, and when I'm not studying, I'm writing here at LTG. I love indies and AAA's alike - I'm just a lover of this medium in general.
@MiCottuli
Previous Fallout 4 Is Off To A Troubling Start
Next Uncharted: The Nathan Drake Collection Release Date Revealed