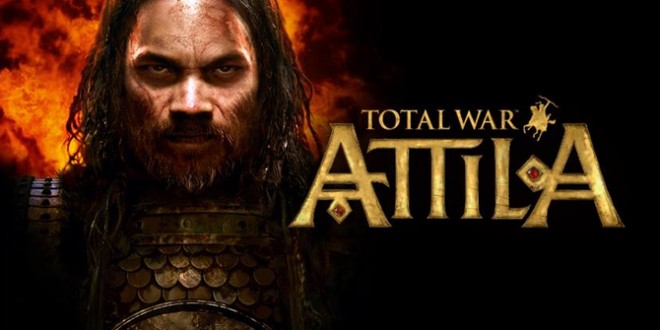 There’s another Total War DLC on the way! But, before we all throw our hands up in disgust at EA and vow to never let our wallets meet the aforementioned DLC, an ever more increasingly common reaction to Total War DLC, let’s take a look at it. The past few DLC’s for Attila have added various new factions and graphical changes. Some of the packs providing more content than others. The Last Roman Campaign Pack looks to be on the larger side of that spectrum. The new DLC will be adding a whole new campaign on top of the Attila game set at a much later date after the arrival of the Huns. We’ll be playing in a world where the Western Roman Empire is gone and the East alone remains. The campaign follows the Eastern Roman Emperor Justinian’s last and final attempt at reviving the Roman empire to its days of glory.

The Last Roman Campaign has you playing as a general named Belisarius who is sent west to reclaim North Africa from the Vandals and as much of the Western Roman Empire as possible. The new campaign has a “new map,” almost as large as the Grand Campaign map with 100 regions, but located strictly in France, Spain, Italy, North Africa, and what looks like a part of the Eastern Roman Empire. So, we’ll be given a remodeled map of those regions with more detail but with a heavy focus on the land west of Italy. There will be five factions to play as: Belisarius’ expedition, the Vandals, Ostrogoths, Franks, and Visigoths. The Steam page lists a substantial amount of new units that will be released for three of the teams; the Franks and Visigoths unfortunately don’t seem to be getting much attention.

The Last Roman Campaign is also set to add new gameplay mechanics, all of which seem to focus on Belisarius’ team. The Roman expedition begins in much the same way as a horde, but as an expedition you can give your conquered territories to the Eastern Roman Empire. Short of this, you can still choose to settle down and create your own faction to oppose Justinian. You can even persuade other factions to join you and form the Western Roman Empire. This is probably the biggest change to gameplay. The Last Roman campaign also follows a narrative for it’s story; you have to juggle objectives passed from the Emperor, Empress, and Belisarius’ wife. But, in my mind, this seems very similar to the faction decisions that are already in Attila. For the new teams there are also new technologies included. To hear about The Last Roman from Jack Lusted, the New Content Team Lead, skip ahead in the video below to 1:53.

To summarize, The Last Roman gives us a new campaign map; five playable factions, including the Expedition force, with new units, tech, and gameplay mechanics; and a story based campaign. This will all be released in addition to some unannounced Free-LC for Attila and an Attila patch. So, what do you think? Is this something to get excited over, or is it another Total War DLC that you’ll be passing on when it releases on June 25?

Hi I'm Daniel and I'm an aspiring writer, avid gamer, and wanna-be cook; I'm not quite certain in which order. I like all things RPG and if that means swords n' spells, all the better. But, provided it has a good story I'll probably want to try it regardless of what it is. I'm a Windows junkie, and I spend my time gaming on Xbox, PC, and my 2DS.
@@danielcooper179
Previous Is Razer poised to purchase OUYA?
Next Dota 2 International prize pool smashes its own record