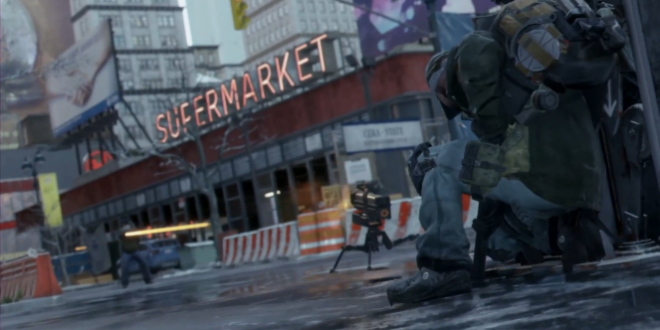 The Division at E3

Following a gameplay trailer in the Microsoft press event, it has been announced that a beta for The Division will be released for Xbox One this December. From last E3, it appears as though the direction of the game hasnt changed a bit, where a bioweapon has wiped out a large amount of the population of New York. As a highly trained agent, it is your task to bring order to the chaos with various drones, automated guns, and high tech weaponry in typical Tom Clancy game fashion.

During Ubisoft’s E3 conference, gameplay was shown (albeit with dialogue that most people dont use in actual gameplay). It appears as though, in a manner similar to Destiny, enemies have a level associated with them, which can mean that you and your team can be overwhelmed despite a numerical superiority. As such, even though the enemies are all human, they can theoretically take many bullets to kill. Gear matters as well, and you will have to kill enemies and loot the various chests that they guard to get better gear. Social areas will make an appearance in the form of safehouses, and a PvP area will also exist.

Interestingly enough, you and your team can run into other players and their fireteams while out in patrol, and you can choose to cooperate for each others mutual benefit, or kill them and take their loot. The same can be said for the other members of your fireteam, who can become rogue agents and shoot you in the back and take your stuff, even during the end phase of a mission when everyone is trying to leave in a chopper. However, if you do choose to kill your fellow players, you will be marked as a rogue agent and a bounty will be set on your head. The Division is slated to come out on March 8th, 2016 on all platforms simultaneously.