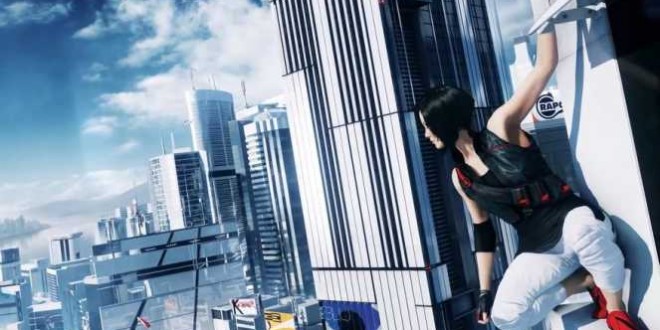 Another big E3 Day Zero launch and release date announced. At EA’s press conference on Monday, they rolled out the red carpet for a umber of games, not the least of which is the highly anticipated Mirror’s Edge – Catalyst. Set to be an origin story for the series’ protagonist, Faith.

The game was shown at previous E3’s, but as more of a tease or concept. This time around we see a game exec deliver the news about how large, ambitious, and emotional the new Mirror’s Edge experience will be. Along with a nifty new trailer, came the announcement that it will land on PS4, Xbox One, and PC on February 23, 2016. This was good to see, as I felt there were alot of great showings early on in the EA conference (and Microsoft’s) that garnered some genuine excitement, only to wither with the “Holiday 2016” text on the bug screen. The fact that the teams at EA and DICE are this far into the game’s development, confident enough to show more than a simple cinematic trailer, and put a solid date on it, could be great news for the fans that have been waiting for the return of Faith for years now.

The in-engine trailer shows flashbacks of how Faith hit the troubling time of losing her family, and freedom, to becoming the free-running freedom fighter we knew from the original game. “Personal freedom comes at a price” the trailer states, all this definitely hints at the motivation Faith needed to take action. The trailer is beautiful too, showing quite a bit of fast-paced free-runs, hand-to-hand combat, and a vibrant cityscape. Look to travel through Faith’s origins and discover how the corporation-run future all began in Mirror’s Edge – Catalyst, in 2016.