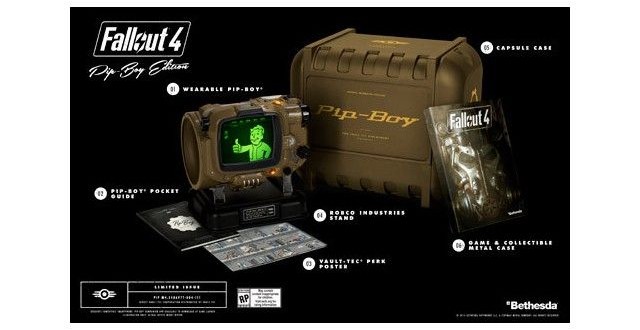 For those who preordered the Pip-Boy Edition of Fallout 4, consider yourselves lucky because all North American stores are now sold out, according to the Bethesda Blog. GameStop, Best Buy, and Amazon.com are all sold out in the United States, while Bestbuy, Amazon.ca, and EB Games in Canada are all out of stock. This means that the only way to get one now (if youre in North America at least) is to either have a very generous friend who happened to buy one, or take your chances with eBay. As of now, Bethesda is still waiting for reports from European stores, but it is likely that they are sold out as well.

As far as the actual Pip-Boys themselves, some phones will simply not be able to fit in the cases. So far, the following phones are confirmed by the Bethesda Blog to fit with the Pip-Boy:

While there is some leeway with the dimensions thanks to the Pip-Boy’s customizable foam insert, Bethesda wanted to stay faithful to the in game model. On the bright side, at least the Pip-Boy companion app will still work with larger phones so you can still use the app to manage your inventory and such, albeit without the immersion and convenience of having a Pip-Boy strapped to your arm. Plus it would make for a good collector’s item regardless of whether or not your phone will fit.

While pre-orders have been frowned upon lately due to various games failing to live up to expectations, the Fallout 4 Pip-Boy edition has proven to be incredibly popular. First announced during Bethesda’s E3 conference on June 14th (along with a clever joke aimed at smartwatches), the Pip-Boy edition was sold out within 2 weeks of its announcement.

@https://twitter.com/thefallenlords
Previous Microsoft’s Mission Statement: More Services and PC, Less Mobile
Next Is Destiny’s The Taken King Worth The Cost? 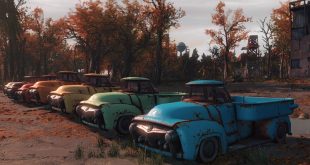 This is the huge question everyone is asking lately. Rock,Paper,Shotgun asked the Executive Producer of ...