Breaking News
Home » OPINION PIECES » Is Destiny’s The Taken King Worth The Cost? 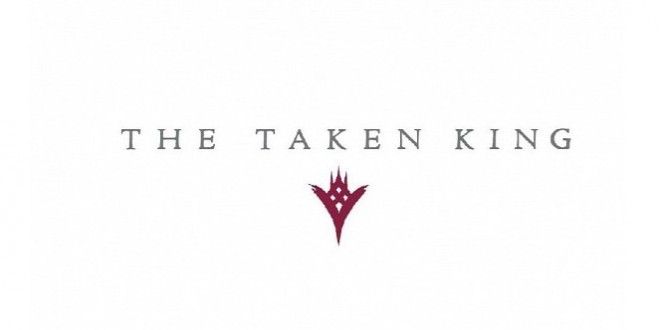 Is Destiny’s The Taken King Worth The Cost?

There’s been a whole lot of controversy surrounding Destiny’s new expansion, The Taken King. After a horrendous interview by Bungie employee Luke Smith (which he gave a public apology for), people both in and out of the fanbase were up in arms about the blatant disrespect for customers. Since then, many people have been using The Taken King as another reason to bash Destiny. Does it really deserve all the hate it’s gotten, though?

Let me preface this by saying that I’m heavily invested in Destiny. I’ve spent hundreds of hours in the game, I find its lore (yes, Destiny DOES have a lore) one of the most interesting ones in gaming today, and I would buy The Taken King no matter the cost. That being said, I’m also thoroughly in love with this industry as a whole, and if I truly think that Destiny is out of line and being anti-consumer, I’ll be the first to lambaste it.

First, let’s look at the cost of the other two expansion that Destiny has had: two $20 titles by the name of The Dark Below and House of Wolves. While most people find House of Wolves to be the better of the two (me being one of them: the game offered the first proper narrative we’ve seen, quality of life improvements, and an altogether good trajectory for Destiny), they both offered a fairly similar amount of features. The Dark Below raised the level cap from 30 to 32, brought along new gear, new maps, a new Raid, and new story missions. House of Wolves raised the level cap from level 32 to level 34, brought new maps, gear, story missions, and two new game modes in the way of Prison of Elders and Trials of Osiris. All of this came for $20.

Some people liked to complain about the costs of Destiny’s expansions, calling $20 too much, but let’s look at the value: video games have been selling map packs for $15 dollars for many years, and people don’t complain. However, keep in mind the new gear, features, raid and/or game modes, and I think that’s all worth the extra $5.

Now, Destiny’s newest expansion, The Taken King, is coming out at the price of $40, which, to a lot of people, sounds like a ridiculous amount to just expand a game you’ve already payed at least $60 for. Let’s look at the value again, though. Where the $20 expansions brought the level up twice, The Taken King will bring the level up 16 times (10 XP levels and 6 light levels, to differentiate for those familiar with the game), bring every class a new subclass (a huge deal, especially for those like myself who have one of each), and a story that, according to those who’ve played it, is actually good. I, in my admittedly biased opinion, believe that $40 is a fair price for fans who are used to, and enjoy, the Destiny experience of grinding for loot. Also, it goes without saying that the collectors edition, for those new to Destiny, is a steal.

All this said, I’m not content about the pricing of The Taken King’s collector’s edition upgrade. The collectors edition for Destiny’s new expansion comes with new emotes, shaders, and class items – however, the community was outraged about the assumption that they wouldn’t be able to get these things without getting the collectors edition, effectively paying again for content they already own. Bungie recently announced that existing Destiny players will be able to buy these things for $20 in a separate package. I personally think that this ought to be brought down to $10, considering that shaders/emotes are purely cosmetic, most people only play one class, so they will only be able to make use of one of the three unique class items.

When it comes down to it, however, Destiny’s The Taken King looks great, and I think that its base price is nothing too unfair. If Bungie decided to lock the collector’s edition content to those willing to re-purchase content, I would be upset – but that’s just not the case.

I'm a college student studying journalism, and when I'm not studying, I'm writing here at LTG. I love indies and AAA's alike - I'm just a lover of this medium in general.
@MiCottuli
Previous Fallout 4 Pip-Boy Edition Updates
Next Is Bungie’s Destiny falling apart?