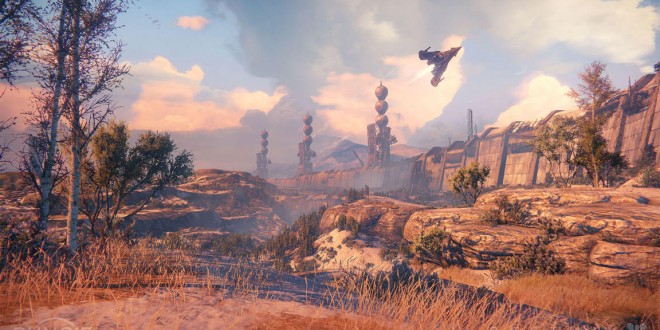 Destiny. It is supposed to be Bungie’s 10 year project, a decade long endeavor to follow in the steps of their last great series that revolutionized gaming. For it to last the whole 10 years though, “Have they not learned the fate of Earth’s kings?” and the fate that befell other games that didn’t fix their most pressing issues.

Bungie has stated their endgame activities will not have matchmaking built into them, meaning that for some of us such activities are simply out of our reach. Since then, various sites have popped up to let players find each other, and you may say “This is good, this means that the only thing that is stopping you from playing is making friends.”

However it leaves us with the problem of performing matchmaking for Bungie when playing Destiny. Sure, if the person is on a LFG site to begin with, it might indicate that they are willing to go the extra step and not flake out once they join the game, but it is still a dice roll either way. After all, max level characters are useless if they don’t understand the mechanics of a raid.

If it is inexcusable to have to modify .INI files or absurd to have to bring your laptop or phone every time you want to do an endgame quest in Borderlands (regardless of end game activities). Then it should be equally absurd that a feature with high demand is not available as an option in Destiny.

If you have played consistently up to this point, you may be well aware of the zoo of error codes. Perhaps you got a canary that says that there is something wrong with your internet when there isn’t. Perhaps you got weaseled out of a game. Or perhaps you got put into a game where everyone has a red connection bar and you are inexplicably playing with people from Argentina or India when you live in New York.

Better yet, perhaps there is one person in a match who is benefiting from having a bad connection by murdering your character through walls and ignoring your bullets. Whatever the situation may be and whatever the cause may be, the fact that such instances not only exist but are consistently well documented is troubling.

For 5 months, a weapon that lets you damage an enemy even after they disengage, while possessing one of the longest range and rate of fire stats possible for that weapon type, has effectively broken the multiplayer of Destiny. While other Exotic weapons generally had a counterpart that is of lesser quality, no such thing exists for the notorious Thorn. Throw in a few shotguns that exploit high mobility and shielding to extend their ranges further and Bungie’s philosophy of preventing one weapon from being the obvious choice to every scenario is in jeopardy.

Perhaps the best course of action is to neuter all weapons to match the 1 second engagement pacing that exists and remove all special weapon ammo at spawn (including the shotgun and sniper rifle). Thus preventing the early shotgun rushes and sniper rifle camping that has made certain maps very difficult to compete on due to map design.

In any case, the lack of communication on Bungie’s part is not a good sign for the competitive multiplayer scene as it stands now.

@https://twitter.com/thefallenlords
Previous Devil May Cry 4 Special Edition Review – Back in Style
Next Minecraft coming to Windows 10