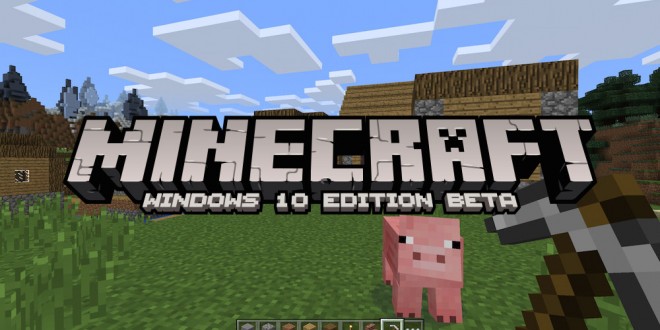 In a move that shouldn’t come as much of a surprise, Minecraft is coming to Windows 10 soon, as announced by Xbox Wire. Minecraft: Windows 10 Edition Beta will be released on July 29th.

Like the original, it is promised that this version will “develop and evolve over time with the help of your feedback”. Updates will still be free so there is no need to worry about having to pay for new features. Finally when the game comes out of the beta period you will still have the game at no extra cost.

To get the Windows 10 version of Minecraft, you either have to have the PC version of the original Minecraft or you can get it for $10 from the Windows store. While the duration of the beta has not yet been decided, there is a bright side to buying the beta. You will get it at a discounted price and you will still have the game when it is no longer in the beta phase.

Some new and existing features from other versions (like the Pocket Edition) of the game will be added into the Windows 10 version of Minecraft, including:

@https://twitter.com/thefallenlords
Previous Is Bungie’s Destiny falling apart? Part 3: A structural weakness
Next Smite enters open beta on the Xbox One