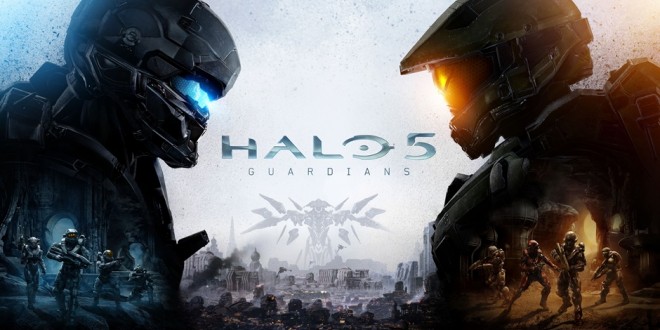 As expected, the flagship title of Xbox showed off another gameplay trailer, this time mostly concentrated on multiplayer. As such, a lot of the trailer showed off things like shotgun sliding and ground pounding, a clear indication of the faster gameplay that 343 Industries is focusing on. Once the trailer was over, some gameplay of a CTF game between two eSports teams was shown off on one of the new maps that are coming to Halo 5. This would set the tone for the rest of the presentation, so if you were expecting single player news, prepare to be annoyed.

In the gameplay shown off, some new features were shown off, including the ability to see the outlines of all enemies and teammates regardless of where they are in the map in relation to you, at least in Arena or Theater mode. Furthermore, map pickups like Overshield will take a page out of Halo 3, where your character physically picks up a gadget and has to press a button to gain the extra shields. At the very least this does give you a small window to kill your enemy before he actually receives the Overshield.

However, the gameplay shown off made it clear that the more slow paced gameplay that the original Halo series is known for is slowly going out the window, as the characters boosted across the map and ran around. Of course, this is likely as a result of the new push by 343 Industries to try and make Halo a leading game in the eSports world again.

Halo 5: Guardians will come out on Xbox One on October 27.

@https://twitter.com/thefallenlords
Previous Crackdown 3 at Gamescom 2015
Next Homefront: The Revolution at Gamescom

Edge of Reality’s Loadout has been recently released on Steam, and it’s completely free to ...