Breaking News
Home » OPINION PIECES » What might happen in gaming in 2016? VR…exists and microtransactions evolve 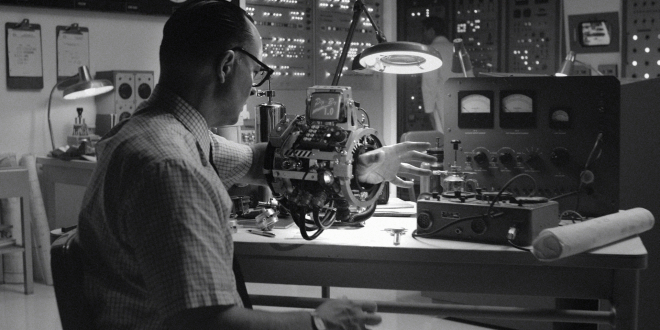 What might happen in gaming in 2016? VR…exists and microtransactions evolve

Now that the holiday season is over, and we are finally making some progress in getting through our backlog of games, it is only natural for people to think ahead and wonder what 2016 might have in store for games and gaming technology. After all, 2015 was the year when developers finally started to slowly leave the last gen consoles behind, and the commercial release of AR and VR hardware is practically right around the corner, so who knows what might happen by the end of 2016.

Of course, that doesn’t mean that we can’t speculate based on what has happened in the past.

VR will revolutionize the gaming world…kind of

Maybe you want to become more immersed in your games, maybe you want to try out something new, or maybe you just want to be among the first to see what gaming might look like in the future. With the impending release of VR headsets to the general public, 2016 might be the year for you. But if history is any indicator, you might also be one of the (relatively) few people who adopt the technology.

Remember the whole 3D craze that everyone tried to capitalize on back when James Cameron’s Avatar set records in theaters? How about motion controls? Voice commands and cameras? All of those things were marvels from a technological standpoint, but they ultimately didn’t change much of anything from a consumer standpoint.

Simply put, people don’t like change, especially when it comes to entertainment. And while VR and AR certainly look nice, it is doubtful that people will pay another couple of hundred dollars for an experience that only one person can enjoy at a time, especially when it requires them to put something on. Yes, VR and AR are the future, but the intended audience might not be ready for such a future anytime soon.

All hail our new microtransaction overlords

Like it or not, microtransactions will be hitting 2016 hard. There will be more of them, they will be everywhere, and they will take forms that you may not anticipate. We already saw a glimpse of the new era of microtransactions during the tail end of 2015 with Halo 5 and Destiny, and it is only a matter of time until someone figures out how to unlock their true potential with all the information we store online.

Sure, some game genres will be safe. After all, you can’t really nickle and dime games like Fallout 4 and the Witcher 3 because there simply isn’t anything that you can nickle and dime without breaking the game. And some developers might understand that people generally hate the concept of microtransactions. But the call of money is strong, and sooner or later people will break.

Maybe The Division will let you buy exclusive uniforms. Maybe Uncharted 4 might offer a gun that technically has no advantage over other guns. Or Star Citizen might finally release. Sure, they may all be cosmetic in nature, but what if said uniform in The Division just happens to blend in very well with the environment? Or what if the hypothetical gun in Uncharted 4 just happens to zoom in slightly more/less? Even putting aside the gameplay aspect, microtransactions have proven to be a lucrative business. Simply state that the money you make from microtransactions will be used to maintain the game, and watch as people more willingly fork over a dollar or two without much complaint.