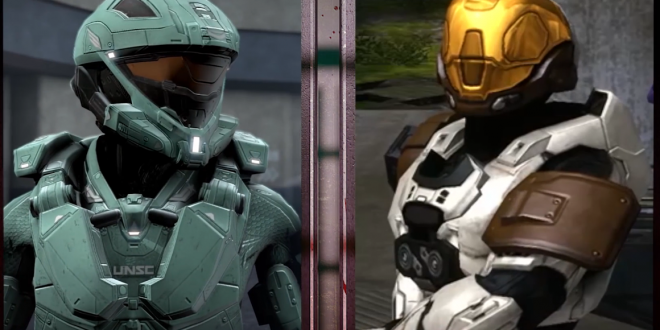 From Captain America to Halo, there has always been a certain fascination that people have had with supersoldiers, and it is pretty easy to see why. Generally, they are almost always portrayed as the very pinnacle of human evolution, capable of being faster, stronger, and smarter than your average person. However, you rarely get to see what a fight between two supersoldiers look like, or at least a fight where they aren’t pulling any punches. As an example, take a look at the opening cutscene of Halo 5: Guardians where Fireteam Osiris effortlessly takes out hundreds of Covenant soldiers while sliding down a mountain. Then, in a later cutscene, Spartan Locke fights the Master Chief in hand to hand combat and it looks like they are participating in the first ever game of underwater boxing.

Unfortunately, while we may not be able to see Halo’s Spartan supersoldiers fight each other to the death, there is a way to see supersoldiers that are clearly based on the Spartans pummel each other into submission. Thanks to a collaboration between Rooster Teeth’s Red Vs. Blue web series and ScrewAttack’s DEATH BATTLE, you too can witness a hypothetical fight between two highly trained, A.I. enhanced soldiers who are not going to skimp on using their armor’s abilities.

Normally, DEATH BATTLE is a show where two characters from different franchises, such as Marvel and DC or Star Wars and Metroid, fight each other until one of them dies. Like most “Who would win in a fight?” debates, the outcome is usually determined by taking the respective equipment and skills of the two characters and directly comparing their effectiveness with each other. This time however, ScrewAttack had the distinct advantage of working with two characters that are from the same universe, along with direct access to the creators of said universe.

“[Unlike earlier episodes of DEATH BATTLE,] it was an entirely different process, not only because of the rare situation of having two characters from the same universe, but we were also working directly with the creators of the source material,” said ScrewAttack’s Chad James and Torrian Crawford. “This means that when we had a question about the extent of a power, or a theory on a character we could just ask the creators. Honestly, it made the process a lot easier than normal.”

“Creating this episode was completely different than any other, because it was more than just a DEATH BATTLE, it was also an episode of Red Vs Blue”

Given that Agents Carolina and Maine, the subjects of the latest episode of DEATH BATTLE, utilize equipment that is almost entirely based on equipment you can find in the Halo series, this also opened up a lot of possibilities in terms of making an interesting fight. From Bubble Shields to Active Camouflage, nothing is being held in reserve.

“When you think of Carolina and Maine from earlier seasons in the Freelancer story arcs, you can’t help but to think back to seasons 9 through 10. The characters really brought the armor abilities to new heights and showed off what they could do in terms of power and versatility. This lead to some pretty spectacular fight choreography and set pieces that were not bound to the rules of realism,” James and Crawford said. “However, it still felt very grounded, giving the characters a feeling of weight behind every action and attack. We wanted to follow this same type of style when choreographing this DEATH BATTLE.” Of course, that doesn’t necessarily mean that this episode of  DEATH BATTLE contains scenes from Halo 6, but the way that Carolina and Maine move and fight isn’t too far fetched when compared to the more acrobatic nature of the Spartans in Halo 5.

To help capture Carolina and Maine’s actions (and to make sure that they moved like actual humans), a mix of traditional animation and motion capture was utilized. “Animation in general for DEATH BATTLE is on a much, much smaller scale than Red Vs Blue, but we do use motion capture for 3D animated episodes like Meta VS Carolina. For this episode in particular, the mo-capped stunts were performed by John Francis McCullagh and lead animator Torrian Crawford,” James said.

“…having Carolina run along a wall at super speed, evade grenade launcher shots, and do an aerial sideways backflip into a speed boosted super punch….might prove a bit challenging to perform ourselves in studio. Although it would be pretty fun…”

“In fact, the recorded performances were much easier to implement in this case, as Meta and Carolina are mostly realistic human characters with pretty basic weaponry – as opposed to demons, monsters, Pokémon etc. Granted, some of the animation was done by hand. The decision to not use mo-cap in certain shots unusually depends on what we have envisioned.”
The fight between Agent Maine and Agent Carolina in Red Vs. Blue: DEATH BATTLE: Episode 13 can be seen here.
Death Battle Halo red vs blue rooster teeth ScrewAttack 2016-08-08
Anson Chan
Share 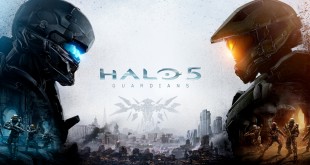