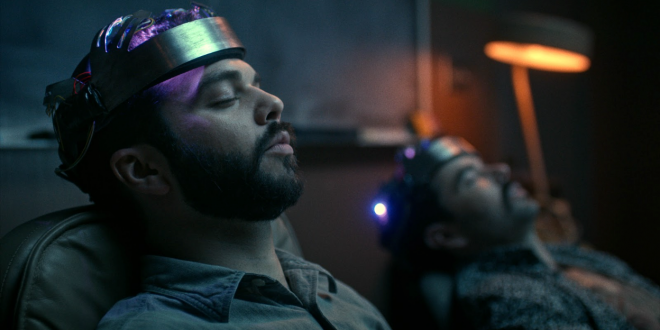 For many people, wanting to see a show about a few horribly awkward young-adult scientists (that almost look like they are in their late 20s) who get into trouble means that you’re probably going to have to sit through something like The Big Bang Theory. Unfortunately, the show seems to be intended for an audience that is already accustomed to sitcoms, complete with dialogue that can best be summed up with the phrase “At least it’s tolerable.” Fortunately, there are alternatives that exist, and one of those is Rooster Teeth’s Crunch Time.

Much like The Big Bang Theory, Crunch Time is a show that revolves around a group of characters with borderline satirical qualities and mannerisms who seemingly get into some kind of trouble no matter what they do. Looking for an incredibly self centered main character that you would just love to hate? Want to see a girl join an otherwise entirely male group on account of her wit? Or perhaps you want to watch an individual who is smart and awkward in equal measure slowly earn the respect of his friends? Both The Big Bang Theory and Rooster Teeth’s Crunch Time feature such familiar characters and more, but that is pretty much the extent of their similarities.

Unlike The Big Bang Theory, Crunch Time’s group of characters has managed to create a device that gives you the ability to essentially live out your dreams. As you probably expected, one thing leads to another and they end up being interrogated by some rather shady individuals who may or may not be working for the United States government. While this does make the first couple of episodes rather slow (which is fairly natural, given how they have to set up a lot of the characters’ backstories and such), the plot gradually morphs from being a lighthearted story of mischief to one where you start to question just how innocent the protagonists are and whether or not something nefarious is happening in the background.

That’s not to say that Rooster Teeth has completely abandoned their comedic roots for more serious ventures though. There are no shortage of scenes, even in the later episodes, where you can certainly appreciate how accurately Rooster Teeth captured the recklessness of post-college age people when given both money and a hint of power. One character in particular, Larry (played by Kirk C. Johnson), may as well be a living embodiment of what would happen when you mix comedic relief with that horrible stage in life where you accept that you will never fit in with a certain group of people.

While Rooster Teeth’s Crunch Time may not be the next big multi-season TV show that everyone must watch, it certainly does a good job of combining comedy with a hint of science fiction and mystery. If you don’t like any of those categories, then there’s not much else to the series, so you might want to look elsewhere for something entertaining. However, regardless of how you want to categorize Crunch Time, one thing can be certain: it is 100% guaranteed to be devoid of both catch phrases and laugh tracks.

Crunch Time debuts on Spetember 11th, 2016, exclusively for Rooster Teeth FIRST members, with subsequent episodes being released on a weekly basis. You can sign up for a free 30 day Rooster Teeth First membership trial here.

@https://twitter.com/thefallenlords
Previous What’s In Fallout 4’s Nuka-World DLC and is it worth it?
Next Titanfall 2 – The immersive clothing line

Rooster Teeth’s Day 5 episode 5 review: The end is nigh, and full of terrors

With just a couple of episodes left, you can’t help but think about how Rooster Teeth’s Day ...