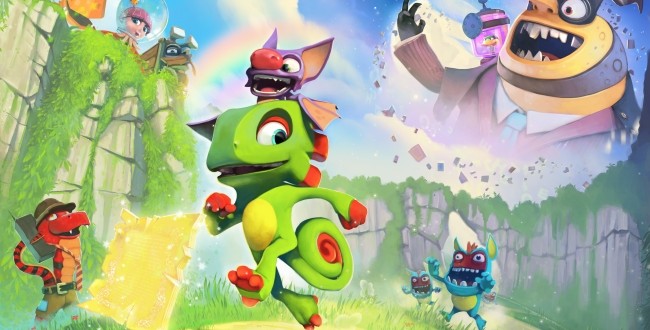 Waiting for Yooka Laylee is a struggle for anyone who grew up with a Nintendo 64, the kickstarted spiritual successor to Rare’s greatest works like Banjo Kazooie, Banjo Tooie and Conker’s Bad Fur Day (you decide if you want to count Donkey Kong 64 in there or not) releases in Q1 2017 and it’s blatantly clear that the developers Playtonic Games are really happy to make another 3D collectathon just like the ones they made in the past.  While the game had the original objective to release in a digital format, many Kickstarter backers were waiting for the game to get a physical release announcement, especially after other kickstarter gems got their own boxed releases such as Shovel Knight and the upcoming Shantae: Half-Genie Hero. And today the physical edition of Yooka Laylee has been finally announced.

Playtonic Games reported that the boxed version, as well as the digital version, will launch “in time for the game’s launch in Q1 2017“. If you backed the game on Kickstarter back in 2015 but with only the minimum amount to get a digital copy don’t worry, Playtonic is working on “an initiative that will allow Kickstarter backers to upgrade their digital pledge to a physical version“, so more news about the topic will definitely happen in the near future.

I’m ready to pick up Yooka Laylee and place its box alongside my copies of Banjo Kazooie and Banjo Tooie, just where it belongs.

Born in Peru, a student of Communications, and a dedicated xbox fan, Sebastian has loved videogames since he was 5 years old and he's determined to show the world that they can be art.
@@NetworkFork
Previous Overwatch’s Sombra ARG: When too much hype meets a missed opportunity
Next Mortal Kombat X gets its long awaited patch 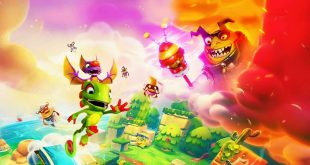