Breaking News
Home » ARTICLES » The last of Us : Remastering a masterpiece 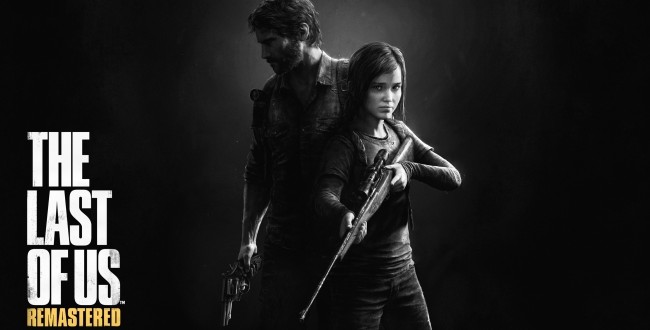 The last of Us : Remastering a masterpiece

With an invasion of remastered titles sweeping the planet, What made The Last Of Us Revamp so great?

When Naughty Dog unleashed it’s spell-binding title The Last Of Us, way back in 2013 for the PS3, No one could have expected the raucous reception and glowing reverence that this game would go on to achieve. Scooping up countless awards and accolades, whilst being heralded as one of the greatest PlayStation games in history to grace god’s green earth, It’s little wonder that the naughty dog bureaucrats had a revamp tucked up there sleeve further down the pipeline. Prior to its Original release, the anticipation had reaching boiling point. The lid was set to blow. After the overwhelming success of The Uncharted franchise, inquisitive minds were captivated on Naughty Dog’s new action- adventure survival horror, set in a post-apocalyptic United states.

Its seems that Joel and Ellie’s emotional, blossoming journey, with its inherent on-screen allure and character-driven magnetism was too hot to handle, and a reboot was released on PS4 in July 2014.

I took the liberty of revisiting the remastered version, in an attempt to decipher the subtle alterations made on the latest platform, and to document my experience of the undisputed king of exclusives.

Whilst The Original Last Of Us boasted some of the most sumptuous, eye-pleasing visuals on the platform pushing the capabilities of the PS3 to its limits, the vastly improved PS4 engine has allowed for noticeable, graphical improvements and enhanced frame rates. The PS4 version manages to run at exactly double the frames per second whilst upgrading the resolutions from 720p to an impressive 1080p. At first the changes are not glaringly obvious, but as you progress through your play-through, these features begin to infiltrate your experience in a delightful way. Naughty Dog included an original version alternative, which allows the option to play with the original settings. After making scrupulous comparisons the 30fps falls dramatically short of the remodeled version, and appears to be distinctly inferior. There is a sharp contrast.

Doubling the frame rate has added some welcome additional benefits, that were lacking before.

You will notice that the game-play in The Last Of Us : Remastered is more fluid and reactive, especially when you’re tossed headfirst into the lion’s den and forced to get trigger happy. Furthermore the apparent boosts to hardware promote accuracy and responsiveness when handling weapons.

Due to the PlayStation 4’s superior horsepower compared to its predecessor, the graphics have been been re-imagined. The textures have been richly elevated, environmental structures have been reinforced to stand out, emphasizing detailed shapes. Even the lighting has undergone an evident re-haul.

Although these compliments to The Last of Us : Remastered were not necessarily needed as the original PS3 version still provided some of the most awe-inspiring graphics around, these are noteworthy amendments and set the benchmark for remastered titles in the future. Remastered games are becoming commonplace, and establishing the key core-concepts of what makes one worthy is important.

The Last Of Us succeeds in providing a well-polished remake in terms of its aesthetics and  increased hardware upgrades. As a result the game-play is noticeably heightened, offering a refined, responsive free-flowing  experience which seamlessly integrates compelling,  cinematic storytelling with rich, dynamic game-play.

I would urge those newbies playing The last Of Us for the first time to purchase the remastered version, as you will still receive the “core experience”, just with the added benefit of some unmissable tweaks which enrich the experience.