Games on Kickstarter is something that is still going strong, even after all these years. Despite the failings of projects such as Mighty No. 9, there have been many success stories coming from Kickstarter. Hyper Light Drifter, Shovel Knight, Chroma Squadron, Shadowrun Returns, all games that were backed on Kickstarter, and were very well received.  As of today, another game will be joining the ranks of Kickstarter games. Mythic Battles: Pantheon, a game whose campaign has officially gone live.

The funny thing about Kickstarter is that many games are backed on it, and not all of them of the video variety. Countless board and card games are funded on it, to the point where they surpass the video games. Something you may not expect from the coverage of most Kickstarter projects. Mythic Battles: Pantheon skews the ratio even further in the favor of board games. Set within the realms of Greek mythology, Mythic Battles: Pantheon centers around a world where the gods of Olympus have been dethroned. The Titans have returned, and the world was shattered by the battle between them and the gods. Two to four players must venture through this broken world with the former gods, heroes and monsters as allies. For in victory, a new pantheon of gods will be formed.

Mythic Battles: Pantheon is doing extremely well with its campaign. Set with goal of $80,000, expectations have already been shattered many times over. At the time of writing, it has achieved over a quarter million dollars in pledges. Three times its initial goal in less than eight hours. Mythic Battles: Pantheon has apparently been demoing for quite some time and has been very well received. Something the overwhelming support for it reflects. Its Kickstarter campaign will run until December 2, giving all those who are curious plenty of time to learn more.

A life long game and half life long writer, David always sought to combine his passions and write about games online.
Previous Great and underrated games are now in Humble Bundle!
Next Owlboy has released after 9 years of development 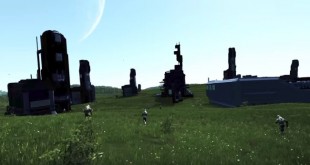 Kickstarter is a platform that has garnered a rather mixed reputation. It has churned out ...