Breaking News
Home » ARTICLES » Q1 2017 will be a bloodbath, over 15 different game releases

Not too long ago, the majority of games launched during the Christmas period, and they would all fight it out to see which game could be the king of holiday sales. But as time went along more and more companies started to back away from the classic November release period, because that would mean competing against titans such as Call of Duty or Star Wars: Battlefront, as such they started to experiment with different release periods like releasing on Spring (like Quantum Break and Uncharted 4) or September (like Mafia III). And strangely enough, many different game releases have coincided in order to make the first quarter of 2017 some of the most insane months of recent memory. The list of upcoming games include: Resident Evil VII, For Honor, Horizon: Zero Dawn, Halo Wars 2, Persona 5, Ghost Recon Wildlands, The Legend of Zelda: Breath of the Wild, and a whole new system that goes by name of Nintendo Switch.

2017 kicks off with Gravity Rush 2, Kingdom Hearts 2.8, the retail release of Hitman 2016, and Dragon Quest VIII. All of them release on January, and as a side note, Yakuza 0, Tales of Berseria, and Resident Evil VII all release on January 24th, so in total, over seven games with some amount of budget will release during the same thirty day span. February is even more worrying, Berserk and the Band of the Hawk, For Honor, Nioh and Persona 5 are all releasing during this month; the biggest titles are the Windows 10 exclusive Halo Wars 2, and the Playstation 4 exclusive Horizon Zero Dawn. And March is just the like the cherry on top of the cake, because the Nintendo Switch releases with all of its exclusives (like Breath of the Wild), alongisde Ghost Recon Wildlands and Yooka Laylee.

The amount of games is staggering, and it should make us wonder how many of them are going to suffer due to being released in such a full quarter, I want Persona 5, Yooka Laylee and Horizon: Zero Dawn to sell well, because all of them are quite unique experiences and we need to show the industry that we support experiments like those.

Born in Peru, a student of Communications, and a dedicated xbox fan, Sebastian has loved videogames since he was 5 years old and he's determined to show the world that they can be art.
@@NetworkFork
Previous Surface Pro 4 vs Ipad Pro epic battle of the giants
Next Upgrading to PlayStation 4 Pro: Why it is better than the PS4 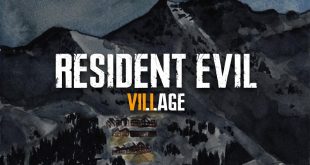