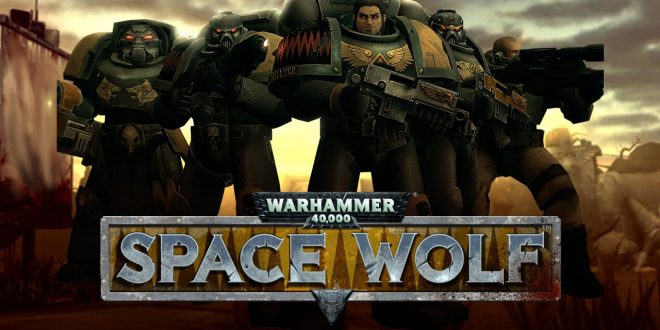 The number of Warhammer 40,000, or Warhammer 40k, games out there is nothing short of staggering. Ranging from high production rate titles like Dawn of War and Space Marine, to more indie games like Regicide and Space Hulk. They cover a wide variety of genres as well, everything from shooters to RTSs to board games. One of them, Warhammer 40,000: Space Wolf, is even a mobile based, turn based game, centered around collectable cards. Released in 2014, it has enjoyed a great deal of success and popularity since then. Now, it is coming to the Steam’s Early Access in February of 2017.

Herocraft, the developers of the game, have made it clear that this will be more than just a port. They intend to retool significant parts of Warhammer 40,000: Space Wolf. Visuals are planned to receive a massive update, with improved graphics and visual effects. The gameplay side will be receiving significant attention as well. Not only with the user interface be receiving a large update, the gameplay is set to be completely overhauled. All of these changes are being made specifically for the PC version of the game.

The developers have said quite a bit about Warhammer 40,000: Space Wolf, as well as their plans for it. The Steam release of Warhammer 40,000: Space Wolf will include the same content as the mobile version. Their plan is to get feedback directly from players, so that they will be able to determine the best path for the game. Something that will allow them to design a product that their customers will enjoy. The head of the development team, Dmitry Maksyura, has expressed his excitement over this venture. He stated that everyone on the team is a Warhammer 40k fan, and that they have been dreaming about this. He is excited that this dream is finally becoming a reality.

A life long game and half life long writer, David always sought to combine his passions and write about games online.
Previous Sony’s Fate is Just as popular in Japan as Pokemon Go
Next Dark Souls Trilogy considered for release on Nintendo Switch